Short walks from Bogota is a travelogue with a twist. Author Tom Feiling travels the length and breadth of Colombia, talking to everyone from the members of a nomadic tribe (who once thought they were the only people on Earth) to a Japanese “emerald cowboy”. This book, subtitled Journeys in the New Colombia, examines and explains the country’s transformation.

Colombia a comedy of errors

Colombia a comedy of errors is a cartoon book, written by British journalist Victoria Kellaway and Brit-Colombian illustrator Sergio J Lievano. The book tells the story of 48m Colombians through their country’s history, culture, politics, economics and celebrities. Often described as the “funny book with a serious heart” it became a bestseller in the first month of its release. 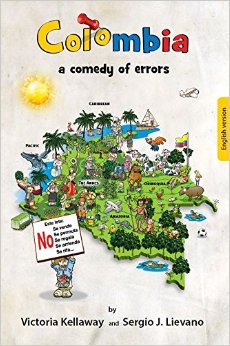 The Robber of Memories

Author Michael Jacobs travelled the length of Colombia’s Magdalena River and this is his story.  The Robber of Memories tells how he met Colombian author and Nobel laureate Gabriel Garcia Marquez on the way, who was beginning to lose his memory. Jacobs uncovers the secrets of the Magdalena River in this book, but also charts a very personal exploration of memory and its loss. 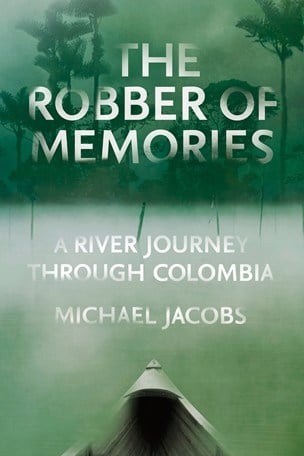 Was Gabo an Irishman?

Was Gabo an Irishman? Collects 26 essays written by foreigners about Colombia. The writers include a Spanish humanitarian who helped start Colombia’s peace process, an English anthropologist in the heart of banana country, an Australian coffee farmer and a Chinese teacher in Bogota. The writers examine how their relationship with Colombia changed their view of the works of Gabriel Garcia Marquez. 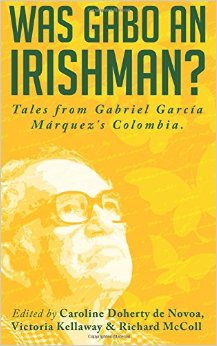 Dancing Feat is the story of one man’s mission to dance like a Colombian. English IT worker Neil Bennion quit his job to travel Colombia and see if he could learn to move his hips and feet in time to a beat. The book covers his funny and heartwarming attempt to learn to dance like the locals, and all the people he meets who help him in his quest. 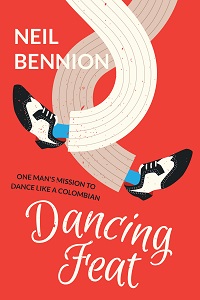 Gabo beyond One hundred years of Solitude

Made in Colombia: eco-friendly products to save the planet

Top influencers in Colombia and foreigners who represent #TheBestOfColombia