Colombian cuisine is a huge part of the country’s identity and has been influenced by its history and traditions. But nothing is more curious than the obsession colombians have with combining unusual flavors. Here are five unmissable Colombian food combinations.

Every visitor wants a traditional and typical experience and one of the best ways to capture the flavor of Colombia is to sample its cuisine. Besides the delicious dishes, tempting desserts and exotic fruit, Colombian food combinations are unmissable too. Be brave and taste the following, you might just be surprised: 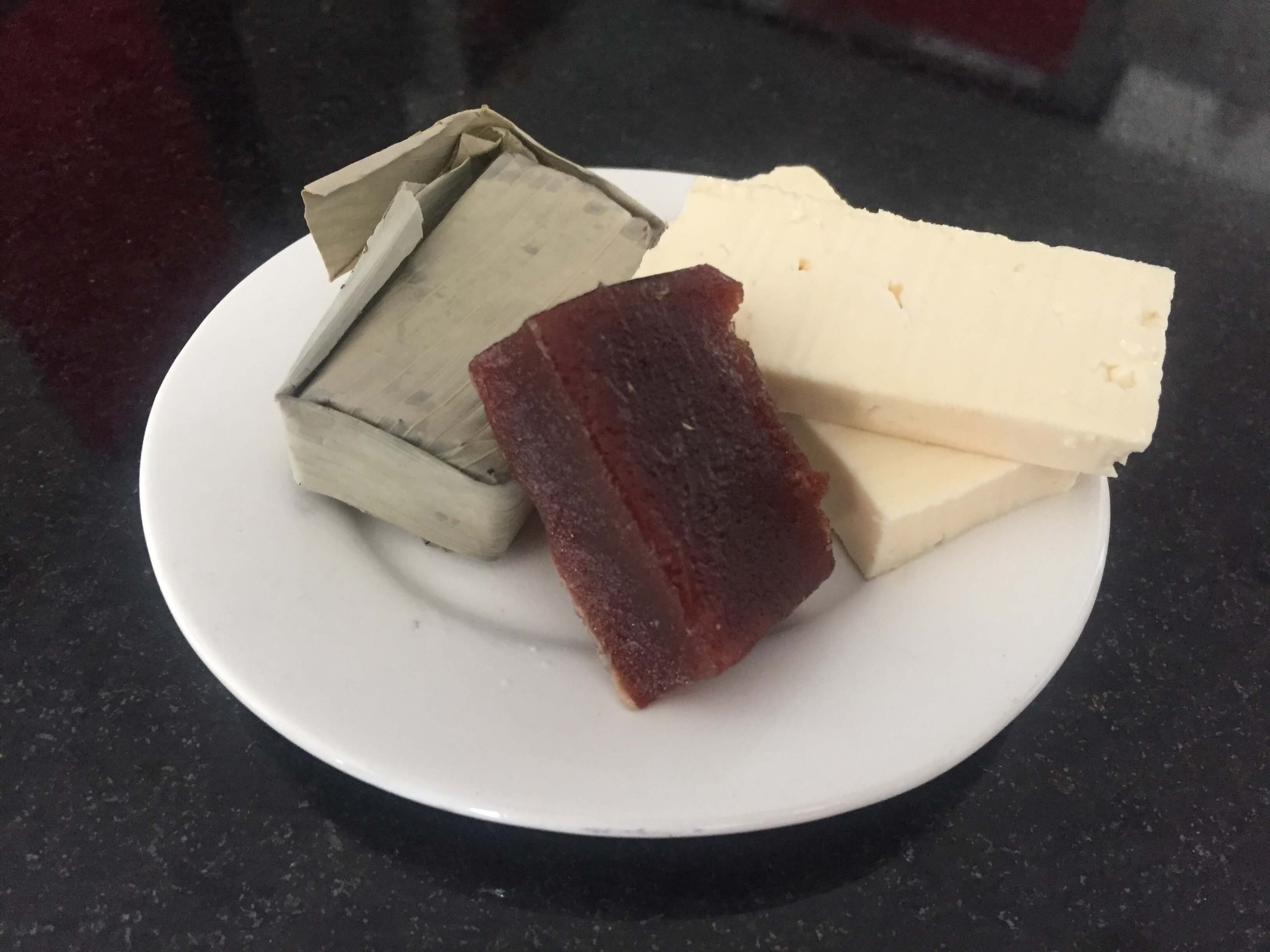 Bocadillo con queso is Colombia’s favorite indulgence and no trip to the country would be complete without trying it at least once. Bocadillo is a sweet made with guava pulp and panela, or sugar cane, that is condensed into a bitesize snack and served with salty white cheese. These two contrasting flavors make the perfect Colombian food combination and will keep you returning for more, either as an appetizer or dessert. And if you didn’t know, since the bocadillo contains some sugar, it is used as a natural energy source for the body.

Cuajada con melao is one of Colombia’s oldest desserts. It’s a mix of milk curd (cuajada) bathed in melted and caramelized panela which forms a syrup known as melao, short for the Spanish word for molasses. The dessert probably arrived with the Spanish who guzzled on curdled sheep’s milk, although it is now made from cow’s milk. Cuajada has the firm, smooth texture and light taste of white cheese and makes for a mouthwatering dessert when covered with the sweet brown sugar syrup.

Ajiaco is the traditional dish of the Colombian capital and although there are many ways to serve this soup in Bogotá and beyond, it is usually made with chicken, three different varieties of potato, corn-on-the-cob, capers and heavy cream with rice and avocado on the side. Ajiaco is the ultimate feel good food and most Colombians scoop out their avocado and drown it in their soup before eating it. Wash this tasty Colombian food combination down with a traditional Colombian drink and check out the country’s other soups too.

Colombians are not the only ones enjoying the delicious flavor of avocado. In the last 6 years the export of Colombian avocados has grown, and countries such as the United States, United Kingdom, Spain and France are the ones who enjoy this product as the fullest. It is also used to combine with different preparations like soups, as it gives them a unique and delicious flavor.

Chocolate and cheese are two of the world’s go-to snacks when it comes to needing something naughty and nice to give you a boost during your day, but it was only the Colombians who decided to eat both at the same time. This snack is particularly popular in Bogotá and other cooler parts of the country. Most Colombians dip a slab of white cheese into a steaming mug of hot chocolate to get the full effect, usually mid-morning when they need a post breakfast pick-me-up.

Sometimes the foods you devoured as a child are the ones that stay with you forever and make your memories come back. We’re not sure which Colombian parent first decided to serve their little one jello with condensed milk but this popular postre is guaranteed to put a smile on anyones face, especially when that jello is the colorful gelatina de colores or mosaic de gelatina (Colombian jello served in a multitude of colors).

Now there’s no excuse not to sample Colombia’s crazy food combinations. You never know, you may find a new taste you want to take home and share.