“Twenty years without Caballero” is now at the Luis Angel Arango Library. Entrance is free.

“Sex is fast, eroticism is slow,” is one of Luis Caballero Holguín’s most famous comments about his art, although you only need a quick glimpse at his evocative paintings and drawings to see what he meant. The 20th anniversary of Caballero’s death is now being honored by Bogotá’s Luis Ángel Arango library, in an exhibition of his work that will run until next year. But who is the man behind some of Colombia’s greatest works? 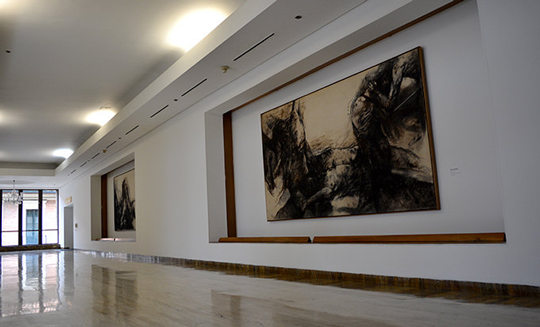 Luis Caballero Holguín was born in Bogota in 1943 and professed himself a city boy, studying art at Los Andes University against his parents’ will, before moving to Paris to attend the famous Grande Chaudière academy. He was obsessed with the human form from the beginning, graduating from bodies drawn with thick, bold lines to sleek, faceless figures with more than a touch of Renaissance grace.

Why did his work attract so much attention?

The human body was everything to Caballero and he was willing to explore both its darkest and most pleasurable hours. Some of his bodies look like they are about to fall, others like they are receiving punishment. Some are lying down as if they are dead. And then there is the sexual element. Art is often an excuse for voyeurism and words like desire, ecstasy, torment and loneliness have all been used to describe Caballero’s work.

How was his eroticism received?

Was his talent recognized?

In 1968 Caballero won first prize in the Medellín Biennial and he went on to have numerous exhibitions in Paris and Bogotá. He settled in Paris with his wife, American artist Terry Guitar, in 1969 and spent most of his career in the French capital. In 1995, he returned to Bogotá for an exhibition of his drawings at the Luis Ángel Arango library and died that very year in his hometown from a cerebellar disorder. He was just 52.

How do we remember him?

Besides his art, Caballero is remembered for his approach to his work, with comments such as: “I don’t know if I’m an artist. I’m a painter and, for me, painting is an attempt to put my emotions and feelings into a visual form,” and “It’s human beings who are sacred nowadays, not God. For me, the human body is the sacred image.” 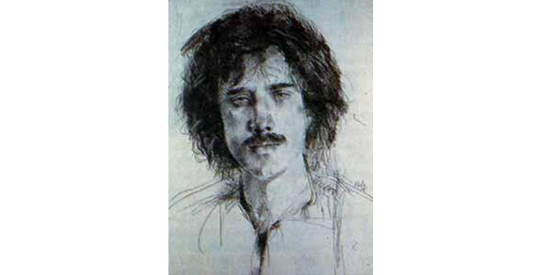 Evocative and intriguing artists who dare to push the boundaries? Live this experience in Colombia. If you liked this article please feel free to share it on Facebook, Twitter, LinkedIn, Google+ or any of your social networks.

The story of artisan behind the mochila bag in Colombia