Craft beer in Colombia, meet every brewery behind the best brands

publicador-
The craft beer market in Colombia has been brewing for over a decade now. Nowadays, there are over 150 microbreweries in the country and the consumption is rising as well.

It is an industry that revolves around rethinking the practices built over drinking beer, to evolve them into something more conscious and intimate.

Working in this industry is a job for the passionate ones because making a craft beer is not an easy task. Patience, knowledge, and a true wit are required to create harmonious mixtures of aromas, flavors, and colors to brew new experiences.

Discover four of the best craft beer breweries in Colombia and the experiences they are brewing behind their most popular beers.

For the owners of this brewery, it all started casually and without looking for it. Non Grata is a way of seeing the world. It lives between the design and the beer. A vision that invites people to transcend over the conventions and norms conceived by society to trigger new ways of acting, drinking, and living.

Non Grata comes from the Latin that means “not welcomed”. The reason behind the name relies on the three facts that can be unwelcomed for someone when experiencing this craft beer for the first time. First, because is created to be a gastronomic experience, more than having just a beer moment, secondly, the non-traditional ingredients used such as bananas or mustard seeds, and third, the high level of alcohol in their recipes.

Jack El Destripador or Jack The Ripper, the concept made beer 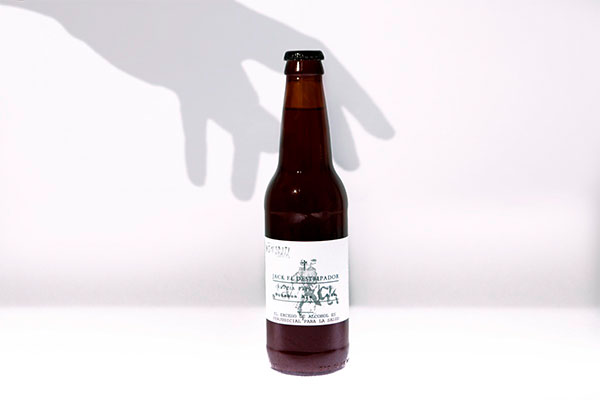 Jack The Ripper a craft beer from Non Grata

One of the stars of Non Grata, it is a beer conceived backwards. In the same way as a design project. The concept behind it, is looking to emulate the experience of having a hard drink. To take people out of what they usually expect when having a beer.

In this case, this hard liquor happened to be in a very specific time and place in England towards the end of the XIX century. Whitechapel district in London’s East End, during Jack The Ripper, one of the most famous serial killers of the time. However, for Non Grata owners, Jack is not a murderer but a shadow within that joins you for a conversation when having this craft beer.

The result is a craft beer with an 8.8 % ABV (alcohol by volume) or degrees of alcohol, almost the double of a regular beer. It also has 6 different types of malt. This complex drink also has a deep brown mahogany shade with a woody aroma, due to the fact that it was aged in American Oak barrels that used to contain Jack Daniels Tennessee Whisky before.

Today, you can find Non Grata craft beers in over 50 bars and restaurants, and soon they will be opening their first Pub. Stay tuned! 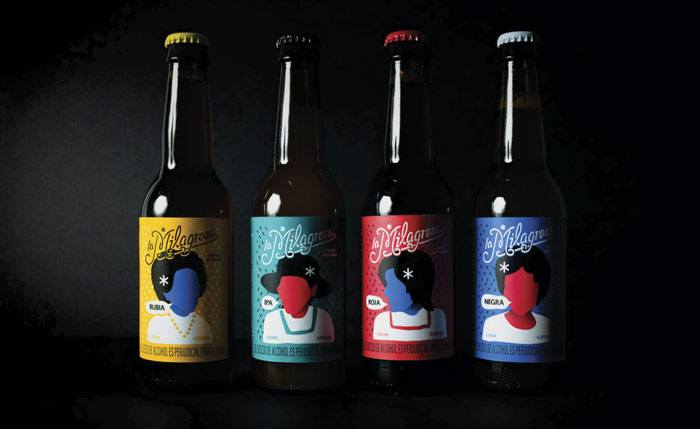 La Milagrosa stands out as a meaning in Spanish for “the miraculous one”. It is an homage to all the grandmothers in Colombia who enjoy life to its fullest and always had the cure for everything with their miraculous recipes. It is dedicated to this important family figure in the Latino culture that inspires generations who looked back at them and said: “When I grow up, I want to be like her”.

The brewery itself is established in 2016, inspired by all the different grandmas whose characters are reflected in their beers. These craft beers are a tribute to the wonderful women who spoiled and nourished their grandchildren. 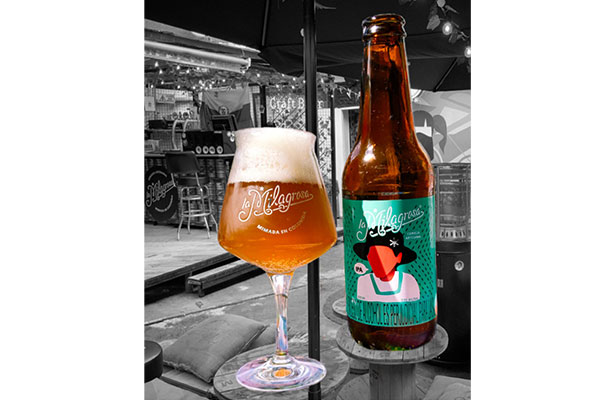 Although they have over four grandma profiles or main craft beers, the most famous one is their Indian Pale Ale. It is inspired by the grandma who preaches that happiness is also a taste to remember as the combination of a mysterious aroma with an intense flavor that even if it’s bitter, it brings a sweet taste to life.

A grateful gesture to the strong personality women who taught them that greatness lies where dreams end. It is a copper-colored hopped beer with 7.1 % ABV with a strong bitter taste and well balanced body, a deep aroma and a flavor that resembles American hops.

Tres Cordilleras is a brewery with over ten years of expertise in the craft beer market in Colombia. The name is after the three main mountain ranges or cordilleras that cross the country and geographically stands out the most of the territory.

This entrepreneurship started when the owner met the craft beer market in the USA and had the opportunity to work for six years in SweetWater, a very well-known brewery in Atlanta at the time. After that, it was time to bring all the knowledge to create a new exciting concept behind the craft beer brewing culture in Colombia.

This craft beer brewery aims to find an audience willing to try beers full of new colors, aromas, and flavors.

Rosé, versatility and berries in a beer

Rosé is a term mostly used when referring to a type of wine that has a light pink color due to the little contact it has with grape skin. Hence, it is a spirited drink usually associated with women. However, in this craft beer, it is what comes as the result of finding malts and wheat that resembles mixed berries to recreate somewhat a sweet beer, a very uncommon end flavor in the craft beer market.

Inspired in a European craft beer recipe, this beer has a 3.8% AVB. Its fine aroma and the sweet and bubbly personality are what stand most out of it, with the complementary red fruits that provide a natural freshness. A perfect balance that ends with citrus touches. Although it gave the impression that was created to women, it is a craft beer popular between men as well.

This craft beer is created in Cali, the capital of the Valle del Cauca department and also from the Pacific Region. As a result of that, it is also referred to as “La Sultana del Valle” which stands out as a privileged position in the region.

It comes as a tribute to the world’s salsa capital, one of the most colorful and joyful regions in the country, where its people are recognized for having a warm and welcoming personality. Behind this concept, the owner meant to give this city a beer from the caleños to the locals and to anyone who craves a good craft beer.

La Sultana brewery is also the result of the challenge looking to create high-quality craft beer, inspired in Belgium’s best but with a Colombian touch. 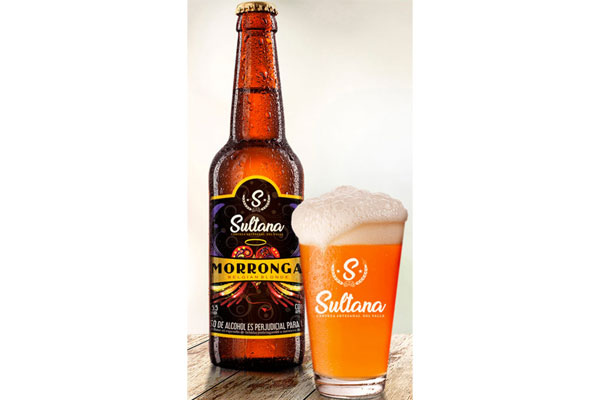 Morronga a craft beer with personality

The term Morronga is mostly used in the region to define a person who appears to be calmer than what it actually is. Someone who reveals its true personality once you get to know them, usually hiding a flirtatious and sassy persona that ends up captivating you.

This is the concept behind the main beer of La Sultana brewery, a very nice blonde with a captivating aroma that makes you feel good when you have it, and with each sip, a new layer of its personality is discovered. Suddenly without noticing you have already surrendered to her enchantments.

Morronga comes from a Belgian Blonde Ale recipe that was successful in the first preparation. It has a 5.5% AVB and a golden cloudy color. In addition to that, it has many citrus and herbs aromas, and a trace of moderate bitterness for a dry end.

Without a doubt, having a craft beer, more than a tasting, it’s an experience. Whether you prefer a stout over a brown ale or a witbier, we invite you to build new memories over the experience of getting to know #TheBestOfColombia.

An Express Guide to Bogotá for Half a Day, One Day or a Weekend

20 words that only make sense in Colombia