Colombia-
Scientists recently discovered a frog that can change its skin texture to camouflage with whatever it is sitting on. The […]

Scientists recently discovered a frog that can change its skin texture to camouflage with whatever it is sitting on. The shape-shifting frog can grow spines or make itself smooth in just three minutes to blend in with its habitat. But the frog, which is usually found in cloud forests, is not the only animal that can boast of its unusual qualities.

The glass frog is one of the most curious colombian animals. Officially known as  “Fleischmann’s glass frog” it hides from predators thanks to its transparent skin, which allows it to look like a leaf. Glass frogs live in trees near fast streams, laying their eggs on low branches so their tadpoles can drop into the water. Even though they are fierce when fighting other frogs, their bodies are very fragile. Strong rains can kill a glass frog and even a direct hit from a single raindrop can be fatal. 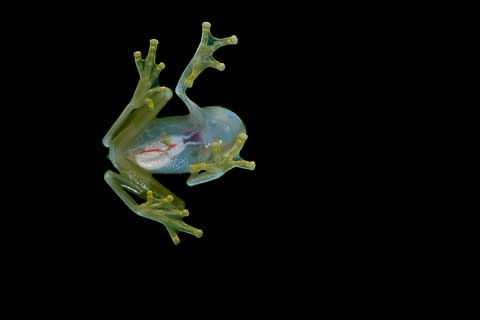 This animal, which looks just like a teddy bear, is one of the world’s newest species. The olinguito is the size of a kitten and can fit into the palm of an adult human hand. It has tiny, curved claws, which it uses to climb trees and textured foot pads, which allow it to grip. The olinguito was spotted several years ago but was only confirmed as a distinct mammal species in 2013. It is usually found in cloud forests in western Colombia. 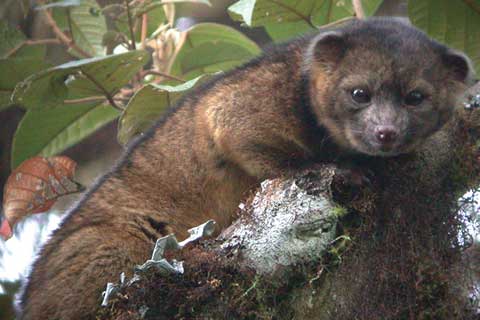 The blue-billed curassow (el paujil de pico azul in Spanish) is one of the world’s most endangered birds. This black bird grows to almost one metre tall and has distinctive blue colouring on its beak. It is only found in the wild in Colombia’s Magdalena Valley and some estimates suggest there may be just 250 birds left. The El Paujil Bird Reserve was created to protect the birds’ habitat in 2004. It now covers almost 15,000 acres. 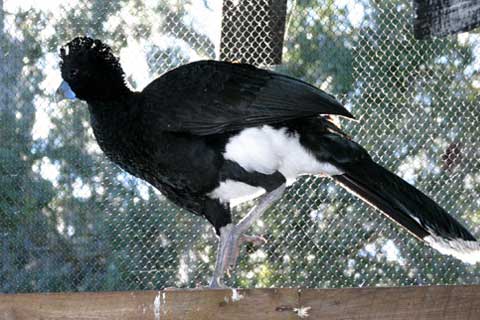 Colombia boasts three different types of basilisk – the common basilisk, the brown or striped basilisk and the western or red-headed basilisk. Basilisks are often known as the “Jesus Lizard” because they can run on water at up to 1.5m per second, thanks to long toes on their back feet. Basilisks live in lower altitudes in western Colombia, although the western basilisk was recently introduced to Gorgona Island, 35km from Colombia’s pacific coast. 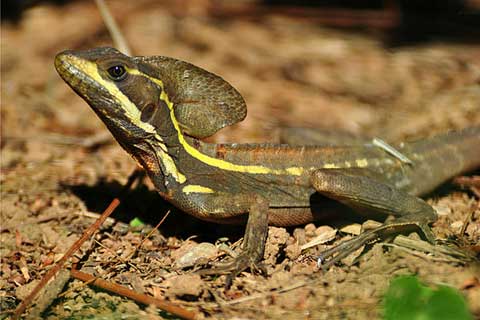 The spider monkey is one of the largest monkeys in the Americas, thanks to its long limbs and tail. Spider monkeys’ arms are so long they almost drag on the ground when they walk and their tails can measure up to 90cm. Spider monkeys have been known to growl and bark when humans approach and drop heavy branches in defence. The Colombian spider monkey lives in dry, humid or cloud forests, at up to 2,500 metres above sea level. 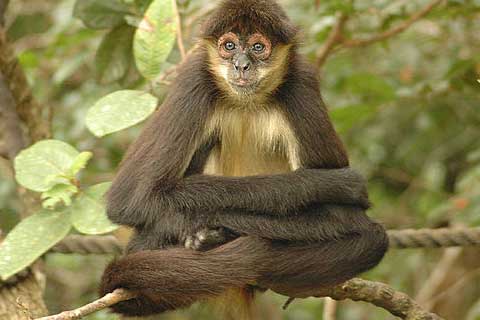 The sword-billed hummingbird is the only bird in the world that has a bill longer than its body. The bill can reach up to 10cm and the bird uses it to feed from long-tubed flowers, although it does mean it has to clean itself with its feet. The sword-billed hummingbird is one of the world’s largest hummingbirds, measuring an average of 14cm. It is usually found in Colombia’s higher altitudes, more than 2,500m above sea level. 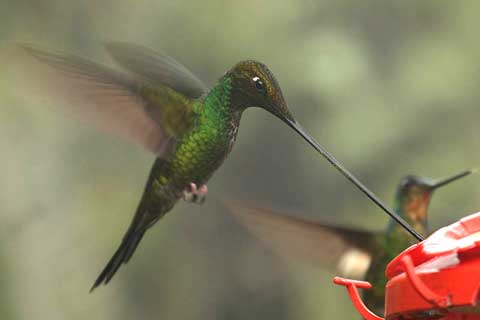 Colombia’s golden poison dart frog contains the world’s most deadly venom. Each wild frog is thought to generate enough poison to kill up to 15 humans, simply by touching its skin. The frogs were named “poison dart frogs” after some indigenous groups used their secretions to poison blowdart tips. The frog eats insects containing the poison, which it stores in its skin glands to be used as self-defence. The golden poison dart frog is endemic to Colombia’s Cauca and Valle del Cauca departments, close to the Pacific coast. 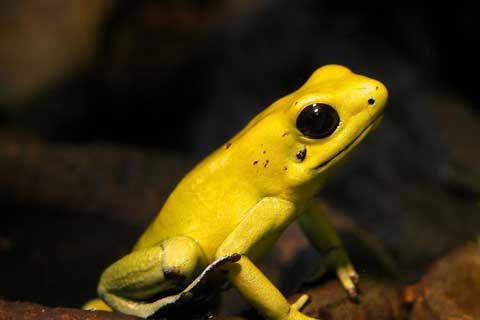 Why should a nature-lover come to Colombia?

Humpback whale-watching: The privilege of the Colombian Pacific

Eco-tourism in Colombia, nature at its best

Colombia is one of the 17 megadiverse countries in the world