Why Colombia is one of the best countries to retire

Colombia-
Two foreigners living in Colombia explain why the country is one of the best places to retire.

Retirees looking to settle abroad should look no further than Colombia. Earlier this year, International Living Magazine listed the country as one the best places to retire in 2015. The magazine ranks Colombia in seventh place for its low cost of living, biodiversity, climate, accessibility to sports and activities like diving, and the Colombian health system, which is cheaper than in countries like the US or Canada, according to the World Health Organization.

But what really motivates retirees to move to Colombia?

American Rich Holman arrived to Medellin in August 2006 at the insistence of two friends who had recently returned from a visit to the city. Holman, a Florida native, spent ten days in Medellin, marveling at the warmth of the people and the spring-like weather. After the death of his father a year later, Holman felt it was time to make a change in his life, and at 63-years-old, he settled in Colombia.

After spending time in the city, Holman had the distinct feeling that Medellín would soon become a popular destination for foreigners. So, without a mastery of Spanish and no real experience in real estate, he opened First American Realty Medellin, which specializes in helping people like him buy apartments in the city.

Turns out, his instinct was right. In the first half of 2014, 3,613 people applied for immigration cards in Medellin, and paperwork for foreigners increased 19% compared with the same period in 2013.

According to Holman, who has visited every continent except Africa, Medellín is the best city he’s ever lived. He says: “Everyday is spring. Tap water comes from the mountains and is better than bottled. The kindness and contagious smiles of paisas [the people of Medellín] create a very positive environment, along with the energy of the city, transport and clean streets. There are 32 universities and five of the 35 best hospitals in South America.”

“The cost of living is low,” he added. “You can live with about US$1,500 a month, which is very affordable for a modern town with a solid infrastructure. You can buy property at a great price and live a comfortable life without going broke.”

Now, with a successful company employing more than 20 employees, Rich feels that Medellin gave him an opportunity to reinvent itself. “Every day is like a dream and I feel lucky to spend this last stage of my life in the most rewarding way,” he says. “Here in the city of eternal spring, I discovered the fountain of youth. ” 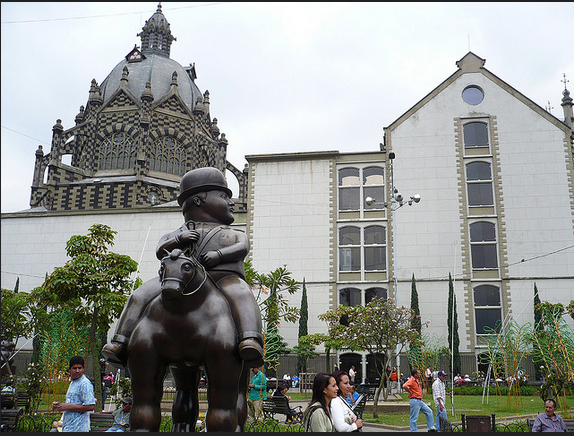 Photo of Edgar Jiménez, used under a Creative Commons 2.0 license

Britain Owen Rothwell first visited Colombia in 1999, after an invitation from a Colombian who would become his wife months later. After marriage, the couple moved to England, traveling each year to Colombia.

Over 12 trips, Rothwell had the opportunity to visit cities including Cartagena, San Andres and Leticia—one of his favorites. “Leticia was an experience unlike any other,” he says. “When you look out of an airplane you usually see houses, but there you see only green—500 miles of green. No houses or roads. Nothing. And to get to Leticia and see the Amazon is magical.”

That was how the Englishman became one of the more than 4 million tourists who visit Colombia every year. According to figures from Colombian Migrations, 46% of people who entered the country in 2014 were from other countries. Of these, 0.27% entered with a TP7 visa for retirees.

Although his marriage did not last, Rothwell had already fallen in love with Colombia and wanted to be near his children. So in June 2013 he made the decision to stay permanently in Bogotá.

For Rothwell, accustomed to cold temperatures, the Colombian climate is a big draw. “In Colombia there is something for everyone,” he says. “Many people seek the heat and the sun, and they can live to sea level. Medellín is right in the middle. But for me, Bogotá’s weather is perfect. For me, Bogotá is like spring all year.”

However, the main reason Rothwell fell in love with the country was the warmth of the people. “People are very welcoming,” he says. “They are friendly by nature, but not with a fake smile. They actually want to meet you and talk to you. When they say ‘my house is your house,’ they mean it.”

Now in his 60s, Rothwell has no regrets about his decision. “I would definitely recommend Colombia as a place to retire,” he says. “You can have a wonderful quality of life here, for far less money than in England or the United States. However, for me, the main reason is the people. They are wonderful. Colombians set life to music.” 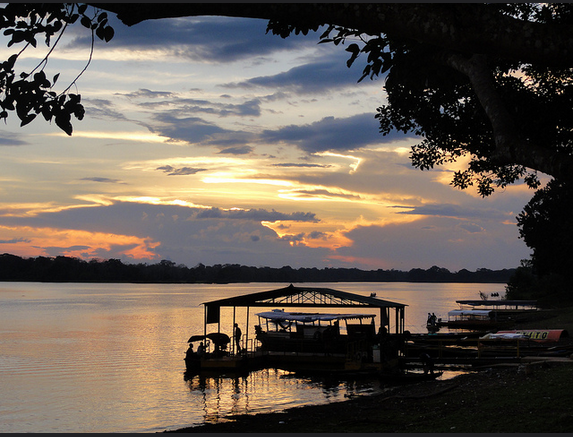 Photo of Dave Lonsdale, used under a Creative Commons 2.0 license

For more information about the TP7 Temporary Visa for foreign retirees, see the Government’s page online.

For more reasons to visit Colombia, read these articles (in Spanish):

When it comes to health, Colombia is the answer

Forbes highlights Colombia as a destination to visit in 2015

Medellín, a city to visit in 2015, according to the NYTimes

Four foreigners explain why they fell in love with Colombia