Colombia is rightly proud of its artists, poets and politicians, from award-winning writers like Gabriel Garcia Marquez to the “Liberator” […]

Colombia is rightly proud of its artists, poets and politicians, from award-winning writers like Gabriel Garcia Marquez to the “Liberator” Simon Bolivar. That’s why many of our heroes’ homes and haunts have been preserved and are now open to anyone seeking inspiration and a peek behind closed doors. Here are five of our favorites historic Colombian houses:

Simon Bolivar’s beloved post-war retreat sits in probably the most prized spot in Bogota, the foot of Monserrate mountain, where it’s surrounded by carefully-tended gardens. Visitors to this restored 17th century home, presented to the Liberator in recognition of his role in the Independence wars, can view numerous historical artifacts related to the great man before enjoying a peaceful stroll in the grounds.

Colombia’s Nobel Laureate famously spent his formative years in Aracataca, near the city of Santa Marta, where his childhood home has been lovingly reconstructed. Visitors and fans of the writer’s master work, One Hundred Years of Solitude, can see Gabo’s childhood bedroom, the famously crowded dining room, the workshop where the Colonel made his little gold fish and seek shade under the tree in the garden.

The Casa de Poesia Silva was home to Colombia’s favorite poet, Jose Asuncion Silva, who shot himself through the heart when he was just 30, following the death of his sister (for whom he wrote the poem Nocturno) and the loss of his novel in a shipwreck. Several poets were later associated with this 18th century home, which has since been restored and is now used to support and promote Colombian poetry. 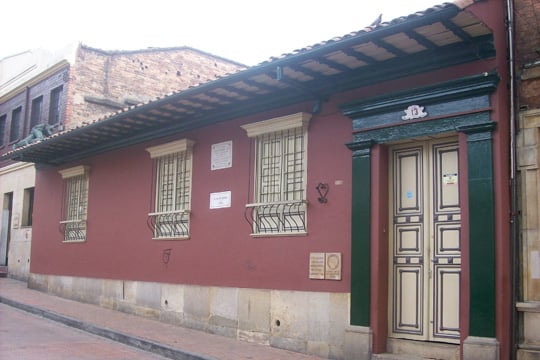 Enrique Grau was a world-famous Colombian artist whose depictions of white, black and indigenous figures and various still life works are still shown around the globe. He purposely designed his Bogota home, where he lived and worked for the last 20 years of his life, to be turned into a museum. The house, now run by the Enrique Grau Araujo Foundation, is used for exhibitions and the promotion of Colombian art.

The official home of Colombia’s President is a sight to behold. This neoclassical palace is built on the spot where Colombian independence hero Antonio Narino was born. It boasts a grand ‘Flag Hall’ and numerous national treasures, including portraits of former presidents, antique tapestries and vases, marble busts and the piano played by Simon Bolivar’s lover, Manuelita Saenz. Visits are made by appointment only. 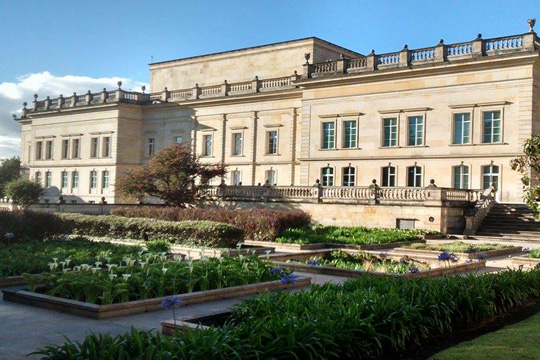 Do you want to be peek behind the closed doors of the rich and famous? The answer is Colombia. Please feel free to share this article on Facebook, Twitter, LinkedIn, Google+ or any of your social networks.