San Agustin and Isnos: The keys to Colombia’s past

Colombia is home to the largest collection of religious monuments and megalithic sculptures in all of South America and they are all in one peaceful, mystical place – the towns of San Agustin and San José de Isnos in Huila, in the south of the country. The monuments actually comprise the world’s largest cemetery or necropolis (which means “City of the Dead” in Ancient Greek) which is why they’re a UNESCO World Heritage Site. So what exactly do you need to see?

The San Agustin Archaeological Park covers all of the sculptures and monuments in the region, which essentially cluster in three main groups – the main park and the sites close to the town of San Agustin and the Alto de los Idolos and the Alto de las Piedras, both in nearby Isnos, as it’s known locally. The main park is the star of the show. It has the largest collection of funeral monuments, including impressive carved stone “guards”, funeral mounds, tombs, columns and terraces. The people who lived nearby between the first and eighth centuries considered this region sacred and pilgrimaged here to worship their dead ancestors. 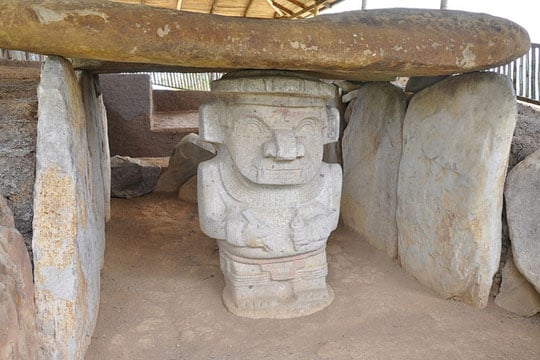 The main park’s Fuente de Lavapatas is, for most visitors, the highlight of their trip to San Agustin and it was probably the most astonishing archaeological discovery made in the region. Those ancient peoples tamed the river here with a series of man-made pools and channels, which they immortalised by carving humans and animals including the faces of newborn babies, snakes and lizards, into the rock between the tumbling waterfalls they had made. Experts believe they used these pools and channels for religious ceremonies and baths. 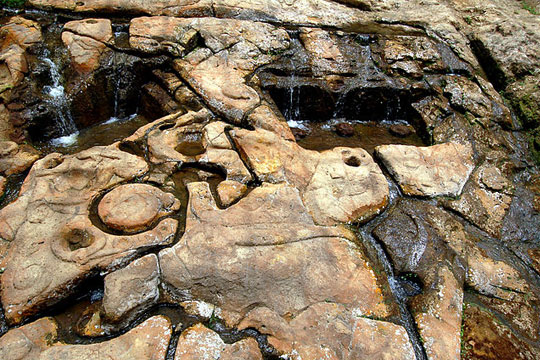 Archaeologists believe the same people who built the monuments in the main park built the ones in nearby San José de Isnos. The atmosphere here is extremely peaceful, with numerous tombs and small temples and the stone carvings of humans and mythical animals built to protect them. Alto de los Idolos sits on a hilltop and requires a short walk to reach it. 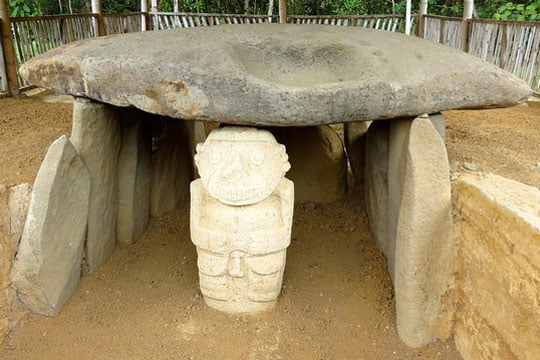 The great thing about San Agustin is that so many of the ancient sculptures and statues are hidden in fields and valleys outside the main park, which gives you an excuse to go hiking or horseback riding through the region’s many coffee and sugar farms to reach them. The most popular of these four outliers is La Chaquira, where ancient divinities have been carved into the mountain overlooking the Magdalena River and its roaring waterfalls. 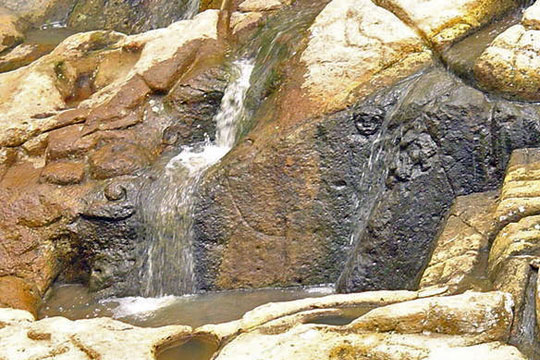 Intrigued by the secrets behind an ancient civilization? The answer is Colombia. If you liked this article please feel free to share it on Facebook, Twitter, LinkedIn, Google+ or any of your social networks.

You may also read:

Gold craftsmanship art treasures you will only find in Colombia