Colombia’s indigenous culture is one of the most important elements of its heritage and there are plenty of ways to find out more about the people who inhabited Colombia from the beginning, and continue to inhabit Colombia today. Consider a visit to some of these places, many of them highly sacred, and you’ll be surprised by what you learn:

The Wayuu people populate almost half of La Guajira, in the north-east of Colombia and speak wayuunaiki, which has a special word, alijuna, for anyone who isn’t Wayuu. But that doesn’t make them unwelcoming. Most Wayuu welcome guests at their rancheria settlements in the desert and the best way to get to know their culture is to visit, feast on fried goat and enjoy some dancing and music. The best way to support the Wayuu way of life is to buy some of their beautifully woven crafts, including mochilas (bags) and chinchorros (hammocks). 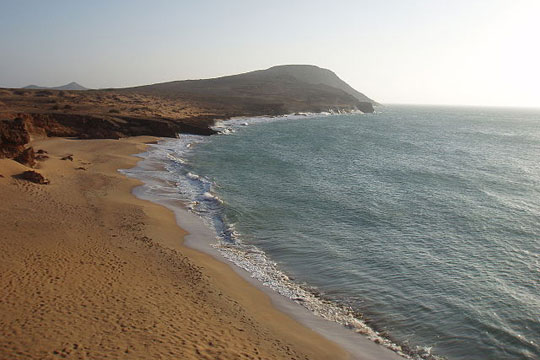 The El Dorado legend is world famous and centers on Guatavita lake, close to Bogota, which was one of the sacred lakes of the Muisca people. Their chief, nicknamed El Dorado or The Golden One by the Spanish, supposedly covered himself in gold and dived into the water in a ritual, with his worshippers throwing gold and precious stones after him. Once you’ve visited the lake, and felt its mystical serenity, visit the capital’s Gold Museum to see the gold Muisca raft, which was created by those ancient peoples and found in a nearby cave. 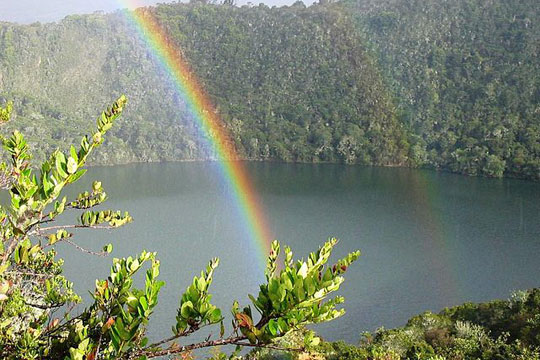 San Agustin is Colombia’s most sacred town, at least when it comes to the country’s indigenous past. The town, in the south of Colombia, is home to the largest collection of religious sculptures in South America and is actually the world’s biggest cemetery. At this UNESCO World Heritage site, which also covers the nearby town of Isnos, you’ll find beautiful carvings of humans and animals who guard the ancient tombs and the Fuente de Lavapatas, an incredible man-made channelling of the river into pools and waterfalls, which served as baths for religious rituals all those thousands of years ago. 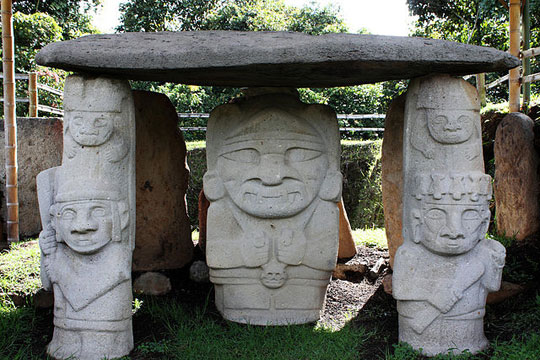 The Lost City, or Ciudad Perdida, is more than just the destination for a gruelling five-day hike through the jungle near Santa Marta, which concludes with the ascent of some 1,200 stone steps to reach the city itself. For the nearby Kogi, Arhuaco and Wiwa peoples, this is a sacred place that was once the political and manufacturing center for their ancestors, the Tairona. The hike itself passes several indigenous villages and recreations as to how the Tairona lived. One tour company that runs hikes to the site, Wiwa Tour, is also indigenous owned and run. (You may also enjoy: Everything you need to know about the Lost City) 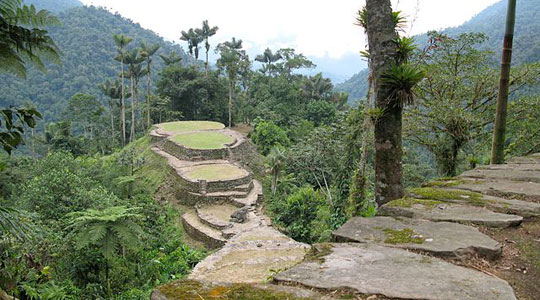 Tierradentro, Inner Earth in English, was another sacred final resting place for the indigenous communities of the past. It’s thought these underground pre-Columbian tombs, close to the city of Popayan in Cauca, were built sometime between the sixth and ninth centuries and all are at least eight meters underground. These burial chambers, reached by spiral staircases, are covered in black, red and white indigenous art and some still retain the original sculptures and pottery placed in them as offerings. (You may also read: Five amazing Colombian archaeological sites) 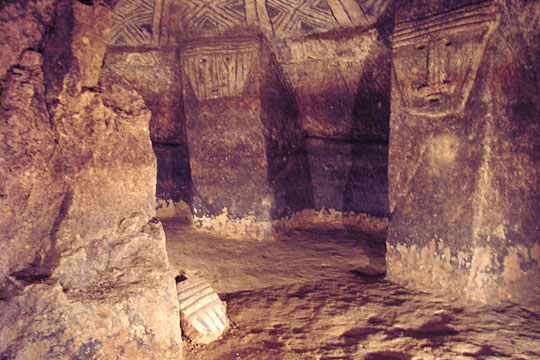 Want to know more about the ancient peoples of this world? The answer is Colombia. If you liked this article please feel free to share it on Facebook, Twitter, LinkedIn, Google+ or any of your social networks.