For the first time ever, a work of contemporary art from Colombia will be part of the Vatican Gardens. Its creator, artist José Augusto Rivera Castro, tells us the story behind this remarkable feat.

The work of contemporary art that captivated Pope Francis

They were standing less than a meter apart. A distance that for José Augusto felt like an immense privilege. “I waved at him to both greet and thank him, although we weren’t able to chat, we shared a smile,” says the Colombian artist about his encounter with Pope Francis during his visit to Rome in 2019.

That moment will forever live in José Augusto’s memory and heart, for Pope Francis expressed his great admiration for a contemporary sculpture the artist created in 2017, titled “Ritual de reconciliación” (“Reconciliation Ritual”).

A sculpture that is now being replicated on a larger scale in order to be placed in the Vatican Gardens, specifically the Pinecone Courtyard, one of the Vatican Museums’ most popular attractions, visited by more than 600,000 tourists each year.

Who is the Colombian artist behind this work of contemporary art?

José Augusto Rivera Castro is a visual artist who has always striven to narrate the history of Colombia through his works of art, seeking to leave a lasting opportunity for reflection and contemplation for all Colombians, as well as a positive image of the country around the world.

Some of his artworks can be found in collections around the world, such as the private collection at the Museum of Fine Arts in Houston and the National Tango Academy in Buenos Aires. “None, however, in such an eminent and remarkable collection, which makes this my career’s magnum opus,” claims the artist. 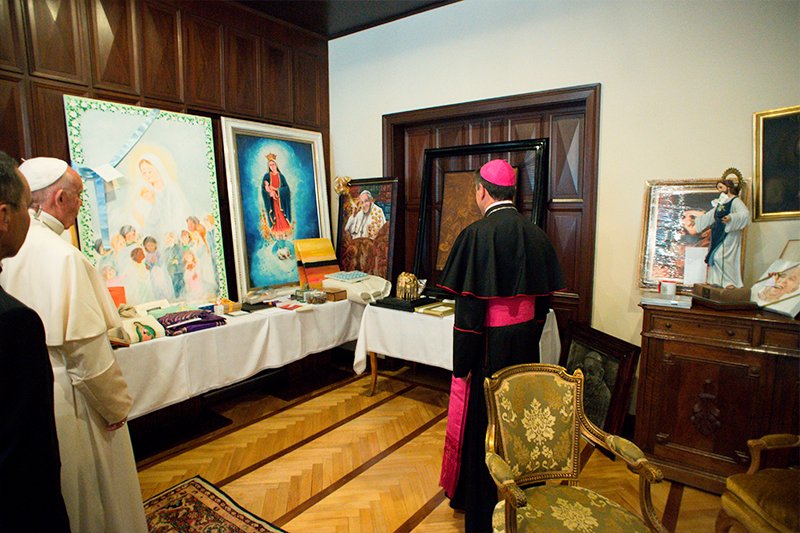 According to José Augusto, the road to this achievement, despite being a long one, was also immensely special. It all started with Pope Francis’ 2017 visit to Colombia. During his tour of the Apostolic Nunciature, the Pope caught a glimpse of this contemporary sculpture and was so fascinated by it, he asked to take it back to the Vatican.

Upon learning of this remarkable occurrence, Jose Augusto thought of offering the Vatican a large-scale version as a gift. The Ministry of Foreign Affairs reached out to the Colombian Ambassador to the Vatican and scheduled a visit to the Eternal City.

José Augusto Rivera Castro is the first living artist to be a part of this collection. His contemporary sculpture will accompany some of the most important works in art history. 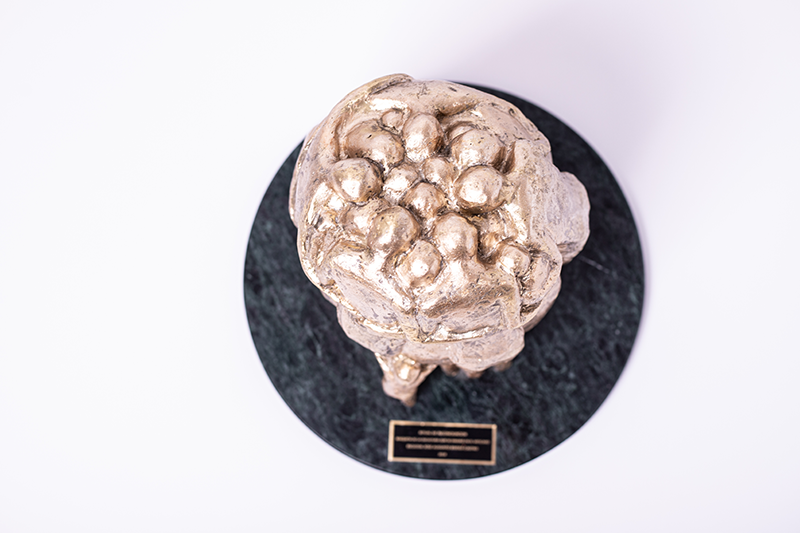 This contemporary sculpture depicts a group of people with no social, racial, political or economic distinctions that have come together in an all-encompassing hug that is itself a unique moment – dubbed by José Augusto a “ritual” – in which values, stories and dreams are shared and commended, while also reconciling with nature.

Some of these figures are interlocking fingers, while others grasp shoulders, necks and hips with warmth. The various ways in which these people approach, embrace and look at each other provide this work of contemporary art with unique dynamism and a harmonious composition. 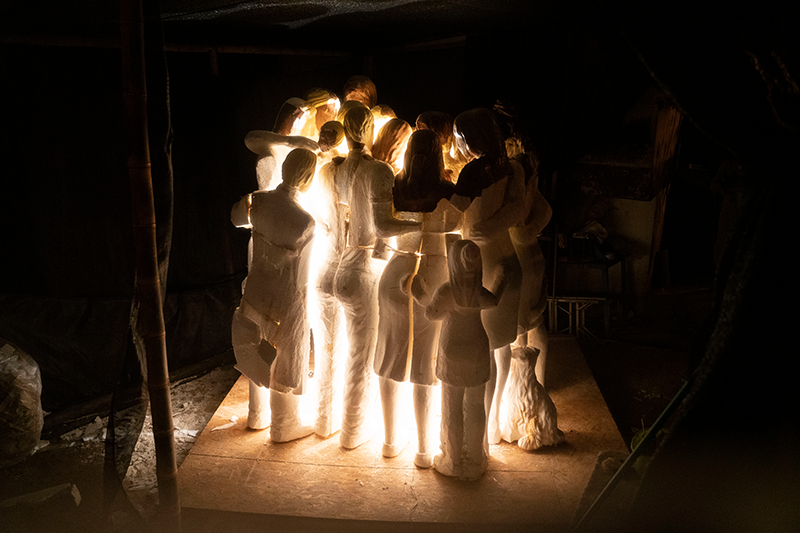 José Augusto highlights another key aspect of this sculpture: a warm light which radiates from the heart of this embrace, a clarity that encourages forgiveness and fraternal love.

The sculpture will be 2.5 meters tall by 3 meters wide and will weigh between 1,600 and 2,000 kilos. It’ll be cast in bronze with an antique gold finish.

Who is behind the construction of this sculpture?

Just like José Augusto Rivera believes in the power of community and reconciliation, he also believes in teamwork. This work of art would not be possible without his team, who have become like family through their continued support.

His sculptors, assistants and smelters, people he has known since they were “just little kids”, have aided him in the modelling and casting of the sculpture. It’s alongside this team that José Augusto continues to work on this project in a country house in Antioquia.

Juntos x la reconciliación, a project that placed a bet on this work of contemporary art

Crónica, a Colombian cultural project management team has launched Juntos por la reconciliación (Together for Reconciliation), a fundraising campaign that seeks to fund the construction, transport and installation of this contemporary sculpture in the Vatican.

Thanks to various sponsors, the modelling has been completed and the necessary casting material been obtained. The goal is to raise COP 1.35 billion (USD 362,000) that’ll enable José Augusto to construct the sculpture and then ship it over to Italy for its installation in the Vatican Gardens.

Both money and non-monetary donations are accepted. To find out more about this project, visit the official site here and join this team in making history.

Once again, Colombian talent has displayed its ability to overcome frontiers through the sheer power of works of art that share with the entire world the absolute best Colombia has to offer.

Manizales, a city right in the heart of the Coffee Triangle