ariadna-
Get ready to tour Colombia’s Eastern Andean Region starting with Tolima, on to Bogotá, Cundinamarca, Boyacá, Santander and finally to Norte de Santander, and find out what Colombia has to offer.

The Eastern Andean Region is one of the most beautiful in all of Colombia. It doesn’t just have a slew of different climates ranging from warm to freezing (as you head up the mountain range), but also a wide variety of exotic birds and landscapes. It runs from the department of Tolima, through the high plateau of Bogotá and Cundinamarca, up to the cold weather of Boyacá and finally reaching the warmth of Santander and Norte de Santander.

In this guide, we’ll take you through the most amazing destinations that Colombia’s Eastern Andean Region has to offer. Let’s start with the places you absolutely must see.

The town of Honda, Tolima, blending colonial and republican architecture, is one of the country’s 18 Heritage Towns.

We’ll start with the department of Tolima, where music is the distinctive cultural expression. Its capital, Ibagué, is known as the Musical Capital of Colombia, and on top of its famous Conservatory, you’ll find several music festivals to enjoy throughout the year.

In this department, you can’t miss the Combeima Canyon, where you can go trekking through a natural path that weaves through the mountains and offers a breathtaking scenery. You should also take a stroll through the Natural Orchid Reserve, where you can marvel at the hundreds of variations of Colombia’s beautiful national flower.

Also, make sure you set aside some time in your schedule to visit downtown Ibagué. There, you’ll find beautiful places like the lush Centenario Park, the beautiful Prime Cathedral, and the remarkable Ibagué Panopticon—this prison-turned-cultural-center boasts a unique architectural style only found in four buildings in all of Latin America, one of them being the National Museum of Colombia in Bogotá, where we’re headed next.

On your way up to the high plateau, you’ll cross the country’s extensive capital, Bogotá, which is located atop the the Andes and often goes by the slogan “2,600 meters closer to the stars”. The city is full of amazing places to discover and things to do, ranging from visiting galleries like the Gold Museum, which showcases pieces made by ancestral indigenous communities, to dining in incredible restaurants with imaginative gastronomy.

While you’re here, you’ll have to tour La Candelaria, the cultural center of the city, with colonial streets and buildings dating back nearly 500 years to the early days of Bogotá. You definitely don’t want to miss the Colon Theatre with its Neo-Classical style and the Botero Museum, which doesn’t just include pieces by this famous Colombian artist but also by others like Picasso and Monet. You can also climb the famous Cerro de Monserrate, where you’ll get a unique view of the sprawling city in the cool air at 3,152 meters above sea level.

The pedestrian area in Chía is well-known for its crafts shops, restaurants, cafés and bars.

Following the mountain range northwards, you’ll find several small towns. Those in the department of Cundinamarca offer an unmatched natural view of the country. While you’re here, you simply can’t miss the magnificent Salt Cathedral of Zipaquirá. It’s one of the most impressive feats of Colombian engineering and one of the most popular tourist attractions in the department of Cundinamarca.

The cathedral is an important historical, cultural, and religious heritage site of the nation. 160 meters underground, the chapels and naves are carved into the walls of the salt mine with simple and powerful lines, bathed in a soft light that accentuates the ethereal atmosphere.

Another unmissable stop is Lake Guatavita, where the legend of El Dorado was born. In pre-Columbian and early colonial times, the Muisca zipa (cultural leader) would dive into the waters bathed in gold dust and thousands of golden pieces were thrown in to offer as sacrifice to the gods. Even though there have been thousands of searches across the centuries and even drainage attempts, the gold has never been recovered, lending a mysterious atmosphere to the lake

Lake Guatavita was a sacred body of water for the Muisca people and their gold-centered rituals in it are the origin of the legend of El Dorado.

In Boyacá you will encounter some of the most beautiful architecture the country has to offer. The colorful colonial houses are home to hotels, museums, crafts stores or warm homes that help make up Colombia’s iconic brand. The heritage town of Villa de Leyva is the most famous in the region and the best place to visit if you want to experience the cultural, natural and overall tourism potential these towns offer so far. Hike through its surrounding trekking routes and visit various culturally significant places.

In Villa de Leyva, you’ll find some of the most beautiful colonial architecture in all of Colombia.

You can also find numerous natural parks that are a must-see for every traveler, such as the Iguaque sanctuary, where you can travel through the Paramo, or moor, and see the vegetation change as the temperature drops, with beautiful frailejones surrounding the lake at the top and creating a stunning view. You will also find a great variety of exotic birds that can only be found in Colombia, living in their natural habitat without interference.

Towards the end of our route, you’ll reach the brave lands of Santander. This department is characterized by deep river valleys and a rugged terrain, including the iconic mountains of the Chicamocha National Park. You can take it all in from inside cable cars that cross the massive Chicamocha Canyon, the second largest on Earth.

You will also find the quaint town of Barichara which is famous for the cobblestone streets and colonial architecture that take you back in time. Here also lies the city of San Gil, an ecotourism and adventure sports hotspot that’s sure to give even the most daring traveler a huge adrenaline boost.

Barichara, often considered the most beautiful town in Colombia, is known for its colonial architecture.

At the end of the route, you’ll arrive at Norte de Santander, characterized by its mountainous relief, although two main geographic features can be distinguished: the mountainous one and the flatter one.

The mountainous one corresponds to the Eastern Colombian Andes, from which two large branches emerge, one that takes north to form the Motilones mountain range and the other that continues further northeast into Venezuela.

This region is also inhabited by numerous indigenous groups, such as the Cúcutas in the Cúcuta area, the Chitareros near Pamplona, and ​​the Karib-descended Mosquito peoples in Ocaña, among others.

Among the natural places ideal for rest and ecotourism are the Tamá Natural National Park, the Cazadero and Brava lagoons, the Valderrama and El Páramo caves, the dumbfounding Los Estoraques area and the Pailitas and La Chacona streams. The department of Norte de Santander offers countless tourist attractions from a natural, cultural, and scientific perspective.

As a bonus, along the entire route you may be lucky enough to admire the majestic Condor of the Andes, the national bird of Colombia that crowns the country’s coat of arms. This imposing animal is the largest bird on Earth with a wingspan of up to 3 meters. As a scavenger, it serves an important role in maintaining the balance of its ecosystem and is very useful in protecting the health of other animals as it eliminates sources of contact of diseases or sources of contamination from decaying animals.

The Andean Condor is an emblematic bird in Colombia

Gastronomy in the Eastern Andean Region

Starting with Tolima, you can’t pass through without trying the famous lechona. This suckling pig or pork marinated with fried peas, lard, and served with white arepas is the department’s signature dish. You must also try the tamal tolimense, which is made of rice, beef, dried peas, pork, egg, potatoes, chicken, garlic, onion, coriander, and more.

In Cundinamarca you’ll get to taste the wholesome ajiaco, a soup made with three national potato varieties, topped with gusacas (a local herb), shredded chicken and corn on the cob, and usually accompanied with avocado, cream, and capers. Get ready for a nap soon after.

Another of the most traditional dishes is sancocho santafereño, a stew accompanied with beef, yucca, plantain, pastusa and sabanera potatoes, and tender corn on the cob. If you can’t live without dessert, then you’ve got to try the cuajada con melao, a curd cream covered with panela caramel, or a good-old cream dessert and rice pudding.

Bogotá’s flagship dish must be ajiaco, a delicious potato-based soup that’ll warm you up in the city’s cold afternoons.

Boyacá is well known for being an authentic region that has stayed true to its roots. For example, chicha and guarapo, two ancestral pre-Columbian beverages that use corn as their base ingredient, can still be enjoyed today. Other typical drinks of the region include sabajón, aguapanela, rice masato, kumis and quinoa beer.

Some traditional dishes you can try are boyacense stew, Sutamarchán’s famous longaniza (a type of sausage), lamb stew, farmer’s stew or rulla soups, among many others. For dessert, you might want to grab a bite of the filled quesadillos, the cheese-stuffed ripe plantains, the feijoa sweets from Tibasosa and the curuba sponge.

Finally, in both Santanderes you’ll find that the regional dishes are easy to prepare and will satisfy even the pickiest palates. Some of them are mute, goat, the region’s take on sancocho, sobrebarriga, turmada, oat and pigeon soups, ‘oreada’ meat (a type of beef jerky) and the iconic big-assed ants, which are believed to be a nutritional aphrodisiac.

The famous big-assed ants are a divisive yet indisputably iconic snack of Santander, Colombia. 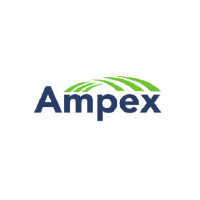 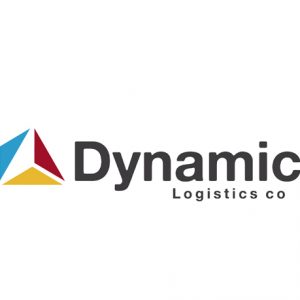 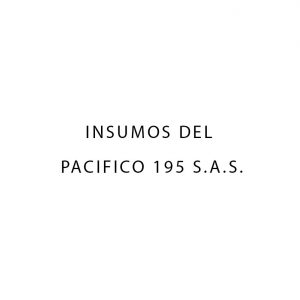 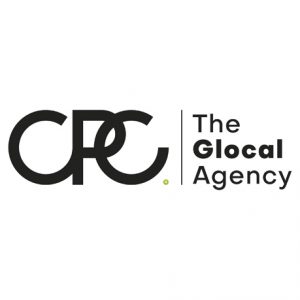