Four foreigners explain why they fell in love with Colombia

Colombia-
The kindness of Colombians, the country’s inimitable landscapes and culture and the very happiness in the air, made these four foreigners leave the land of their birth and put their roots down in Colombia. These are their stories.

More than 130,000 foreigners have fallen in love with Colombia’s culture, landscapes and the warmth of its people after just one visit, according to the National Statistics Department (DANE). And they are all kinds of people, from adventurous young students to pensioners who wanted to retire in the heart of the Colombian countryside.

Here an Australian, Frenchwoman, German and an American explain why they decided to stay.

“Colombia is synonymous with adventure”

Gone were the Dandenong mountain ranges and bay beaches of his native Melbourne. In their place were the mountain trails of Chile, home to Travis Crockett as he followed in the footsteps of hundreds of intrepid young backpackers, seeking adventure in Latin America.

“When I was travelling, they spoke about Colombia in every country but no-one said anything specific, just ‘Colombia is really cool,'” he said. That piqued Travis’s curiosity and after journeying through the Andean landscapes of Bolivia, Peru and Ecuador, he finally came to our country.

And it seemed like Colombia had been awaiting him with open arms. “I like the way Colombians welcome foreigners,” he says. “They are willing to share their history and culture with others and they make you feel at home.”

Travis came to Latin America in search of adventure and found it in Colombia, a country that has not only given him a family, but the chance to open La Villa, a place where he helps fellow foreigners discover the magic of the land they now call home. (See “Learning a language only costs you a coffee”) 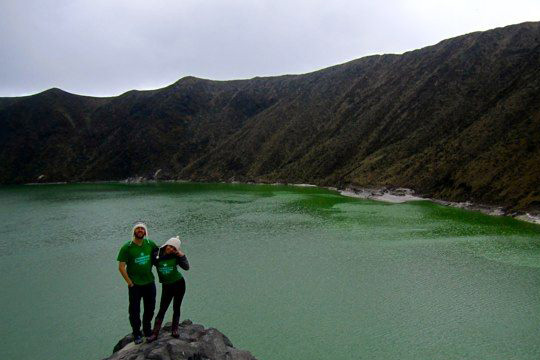 “Colombia could teach the world a lot”

It could have been an afternoon like any other in the streets of Chapinero, a popular district of Bogota; but for Marie-Laetitia Lesaffre, French by birth, it will be a day she will never forget. She just arrived in the capital and ridding her bike, striding along the streets of Bogota until something unexpected happened: the bicycle tire became flat, leaving her adrift in a corner of a city she did not yet know.

As if he were a guardian angel, a man appeared from nowhere and, smiling, told her he would fix her bike. “When I said I had no money to pay him, he told me he didn’t want my money, he wanted my friendship,” she says. That gesture changed her life.

As the man in Chapinero smiled and shook hands with her that evening, Marie decided to give something back to the Colombians who had welcomed her so warmly. She decided to settle in Colombia and implement SHiFT to Self-Healing, a project that uses yoga and meditation to help people with disabilities and landmine victims transform their lives and overcome the trauma. “I tried to make this project a reality in other parts of the world, but it was here that I really found the support,” Marie says.

She believes Colombia has a lot to teach the world. “Here people know that happiness lies in loving yourself, loving others and understanding them,” she says. “That’s the real secret of happiness.” 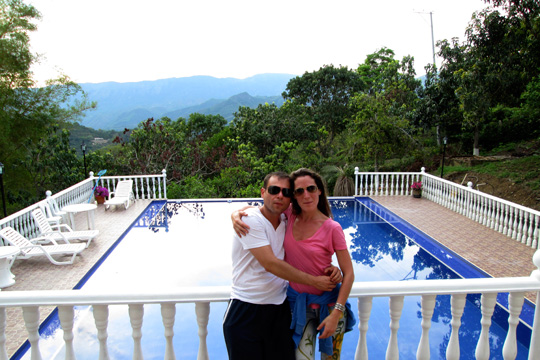 Lorenz Biermann had been in Bogota just a few days and was eager to visit the Salt Cathedral in Zipaquira, even though he had only come to the city for work. He tried to convince his colleagues to join him but no-one was interested. Aware he would be on his way home to his native Germany in a few days, Lorenz decided to go alone and took the Savannah tourist train to Zipaquira.

The majestic green mountains of the savannah and onboard musicians, who played the drums, guacharaca, trombone and trumpet, accompanied him throughout his journey, which lasted just over two hours.

When he arrived at the Cathedral he prepared to pay his entrance but realised he’d left his wallet on the train. He was distraught. The train had already left and he spoke no Spanish. Lorenz approached a guide, who contacted the station and told him the train wouldn’t be back until after lunch.

“I sat for a moment to reflect on my situation,” he said. “Then a man who had heard my conversation with the guide went, without knowing a word of English or German, and paid my entrance to the Cathedral.

“I looked at him in surprise. I had no idea what he was giving me, until he took my arm and walked me to the Cathedral. I couldn’t believe it.”

That selfless gesture taught Lorenz something about Colombia,  a country where you can be happy without having it all. “I still can’t forget the kind faces of all those people who behaved like a family to me, without us being able to speak a single word,” he says.

Within three months of that visit, in 2005, Lorenz had settled permanently in the Colombian capital. Since then he has been to Zipaquirá eight more times and occasionally sees Ramiro, the man who helped him that day. They visit the Cathedral together and have lunch in the village, remembering how Lorenz fell in love with Colombia.

“I wanted to see it for myself”

He’d seen the green mountains of the coffee district and Cartagena’s romantic streets many times in books and documentaries; but it was the warmth of his Colombian friends in Dallas, Texas, that made him decide it was time to see the country with his own eyes.

Richard spoke almost no Spanish and when he took the plane to Bogota, he was worried he wouldn’t be understood. But the moment he stepped onto Colombian soil he found himself welcomed with open arms. “When people saw that I was doing my best, instead of asking if they could speak English, they helped me. I never felt like a burden to them,” he says.

“I think what made me feel that Colombia is a really special place was my first trip to Medellin. The city has something I can’t put into words,” he says. “Medellin is blessed with lots of nature and charming villages. Each place has its own flavour,” he adds.

Perhaps it was the combination of landscapes and food, the beauty of Antioquia’s towns and the majestic works of Fernando Botero found in the streets, which he had seen so many times in photographs, which ensured Medellin won his heart. 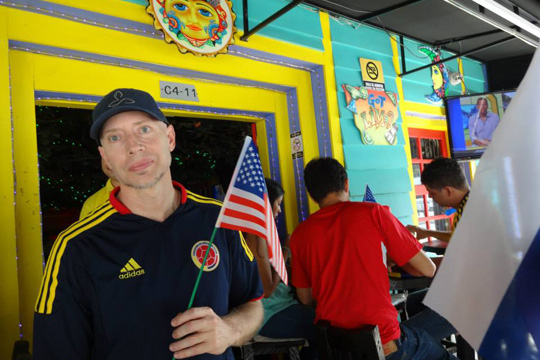 These are just four stories of the lives hundreds of foreigners are building every day in our country. These stories show that for every question, the answer is Colombia.