Dust and ashes: what remain of Escobar’s legacy

publicador-
With the demolition of the Monaco building, a symbol of drug trafficker Pablo Escobar’s empire, Colombia and Medellín tell the story of narco-terrorism from the right side: the victims’ side.

At 11:53 am on Friday, February 22, 2019, a loud explosion was heard in the heart of El Poblado, an exclusive area of Medellín, the second-largest city in Colombia and capital of the Antioquia department.

It was a deep and reverberating blow that resounded across several blocks.

The explosion brought to mind the dark hours in Medellín’s history, at the end of the eighties, when a city of hard-working people lived through their most difficult moments, faced with the barbarity of one of the most ruthless criminals in history: Pablo Emilio Escobar Gaviria.

Fortunately, today things are completely different. Those days are history and they remain only in memories of the past.

Unlike in the opulent times of Escobar, this time the neighborhood was evacuated prior to the event, so no one was nearby at the moment of the controlled implosion. 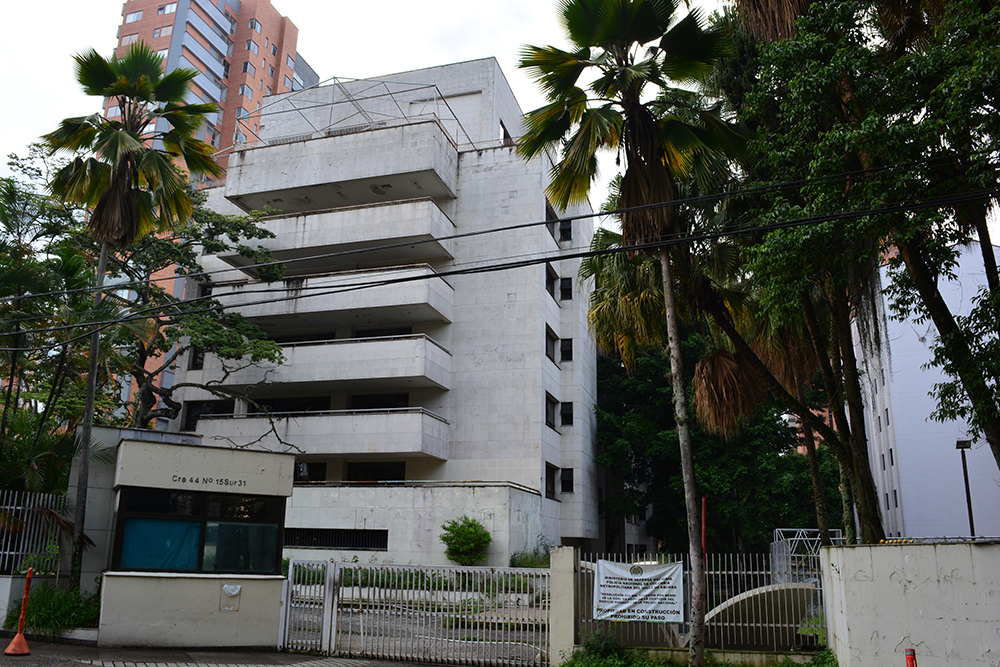 This time, not a single person was injured. Instead, the victims and relatives’ applause and tears of joy replaced cries, sobs, and pain from three decades ago.

The imploded building was the notorious Monaco building, a concrete structure built in the mid-eighties by Pablo Escobar, the drug lord and head of the Medellín Cartel.

The building, which was constructed as a symbol of the once almighty criminal’s empire, was reduced to a cloud of dust within a few minutes, reflecting the fallen kingdom of the drug trafficker, who once challenged the Colombian state and filled the streets of the U.S. with cocaine.

However, last Friday’s explosion was not the only blow that the Monaco building had received. It resisted at least two others during its extensive and unpleasant history.

The most famous of them took place on Wednesday, January 13, 1988. At barely five o’clock in the morning, a Toyota vehicle loaded with 80 kilos of dynamite, exploded near the building.

Maria Victoria Henao, Escobar’s wife, and their two children, Juan Pablo and Manuela, were woken from slumber by the explosion. Though, Escobar was not in the 1,500 square-meter penthouse at the time.

Of the Escobar family, Manuela was the one who suffered the most from the explosion. Since then, she has been suffering of difficulty hearing as a result of the detonation.

It was an attack that marked a milestone in the war between Pablo Escobar and his enemies in the Cali Cartel. Thus, the Monaco building became a must-see place for those who went on narco tours in the capital of Antioquia. 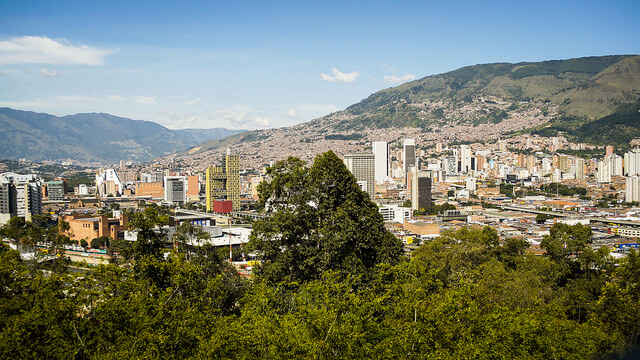 Today, three decades later, the Mayor’s Office of Medellín is committed to challenge the narco tours, a form of tourism that takes advantage of Medellín’s scars from Escobar’s time and justifies, rather than condemning, the life and crimes of the infamous drug lord.

Therefore, the initiative “Medellín abraza su historia” (Medellin embraces its history) aims to create a space for reflection about the city’s past while pays tribute to the heroes and victims who fail at the hands of the Medellín Cartel.

The Monaco building’s implosion is not the end of the initiative. On the contrary, it is the beginning of a process to rebuild Medellín’s collective memory and history. From the early morning hours of February 22, there was a commotion at the Campestre Club Medellín, where many gathered to witness the implosion.

Hundreds of people attended the symbolic act of demolishing the building that had practically already been in ruins for several years because of abandonment, but whose foundations were still standing.

“Armed” with white umbrellas and fans to withstand Medellín’s scorching noontime heat, many were dressed in white and wore their best clothes to honor such a solemn occasion full of moving stories.

Colombia’s president, Iván Duque, even took time to travel to Medellín and support the initiative, despite the present crisis on the Venezuela border.

“This event represents the defeat of a culture of illegality and the triumph of a culture of legality. It means that history is not going to be written in terms of the perpetrators, but that the story is written acknowledging the victims,” said the President.

Bringing up a stanza of the National Anthem, the Head of State added: “Colombia already survived that ‘horrible night’ of the Medellín Cartel, and now the construction of a society of innovation, creativity, science, and technology is underway.”

The day continued with some videos of Pablo Escobar’s victims and musical performances by the Afro-Colombian band Son Batá, the acclaimed salsa artist Yuri Buenaventura, and the Medellín-born singer and songwriter Juanes. All of them were accompanied by the majestic Philharmonic Orchestra of Medellín. 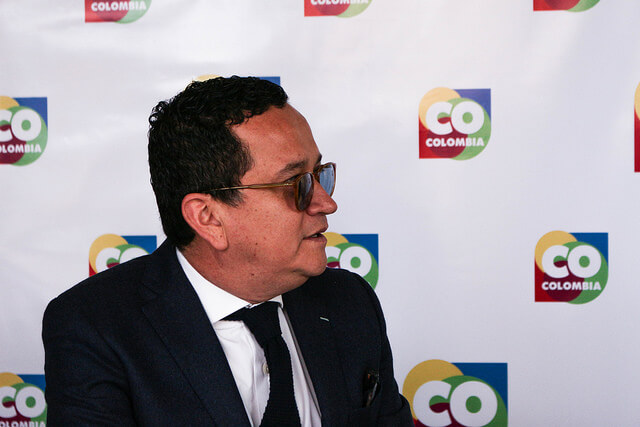 Yuri Buenaventura wrote and sang “La última bala”, the main theme song of the soundtrack for “Escobar, el patrón del mal,” a television series that narrates the life of the Medellín Cartel’s leader. Buenaventura explained the meaning of “Medellín abraza su historia.” and pointed: “Colombians have wings of love to share with the world, but unfortunately the country has been very unknown because there have been people like Pablo Escobar, who have not let humanity see that there is a nation with wings and light”.

However, as Ambassador of the Colombia Country Brand, he called on Colombians from different sectors to continue working for Colombia’s image abroad. 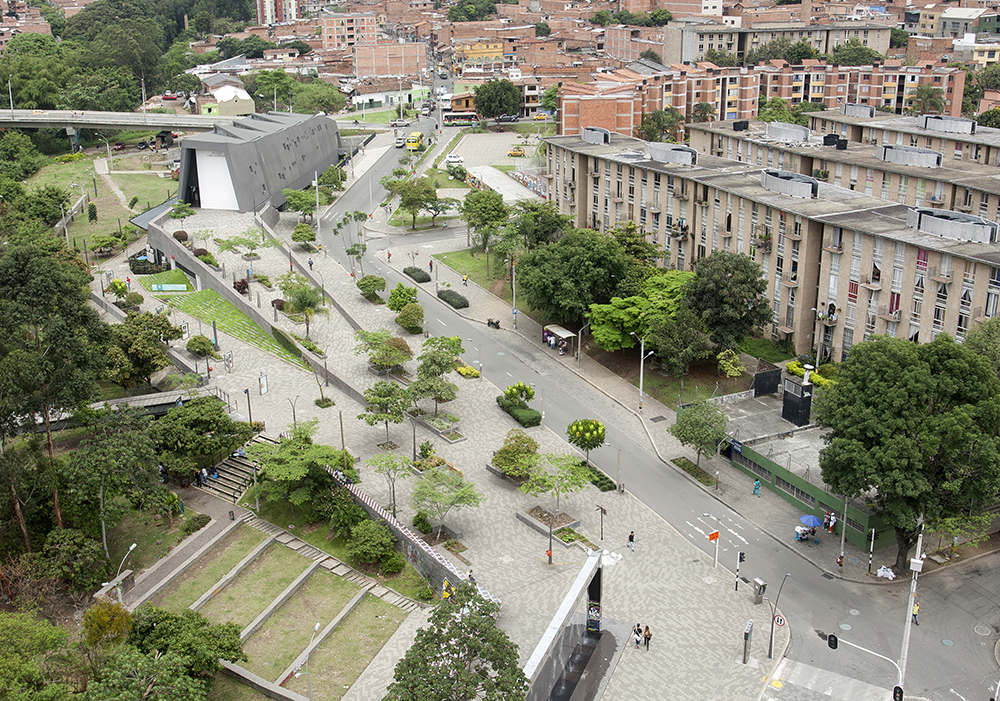 On February 21, the day before the demolition of the Monaco building, 150 drug trafficking victims toured several places in the city. The first stop was at Parque El Poblado, where the artist Cristóbal Gaviria’s solid iron sculpture “Innocent Heroes” was installed.

“I wanted (the piece) to be the inspiration for a new story,” he explained.

The tour also included the Medellín metro station, which is known as La Floresta. There, the Antioquia Police Commander, Colonel Valdemar Franklin Quintero—an incorruptible officer who had become a thorn in Escobar and his henchmen’s side—was assassinated.

Early in the morning of terrible August 18, 1989, Escobar’s assassins shot and killed the colonel. His wife and son, Richard—17 years old at the time—heard the news on the radio.

“30 years later, we are gathered here to celebrate his legacy, his example of life, and his courage, which remain untouched,” said Richard Franklin, evidently moved by his father’s memory. 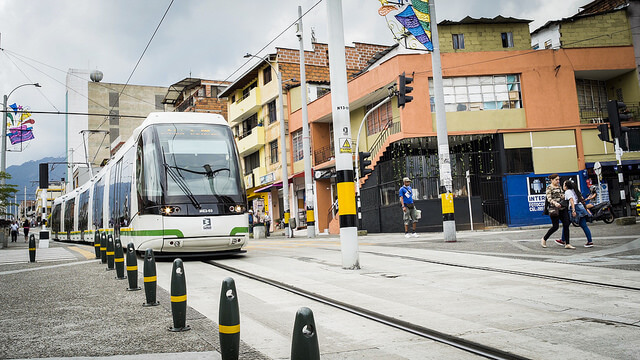 At that metro station, a plaque that gave the account of Colonel Franklin’s murder was installed. The plaque shows the cover of the local newspaper El Colombiano with the headline “The Antioquia Police Commander was sacrificed”.

Afterwards, the tour visited the Memory House Museum, where a tribute is paid to the victims. The museum is full of photographs that keep us from forgetting what happened and help us to guarantee that it will never happen again. 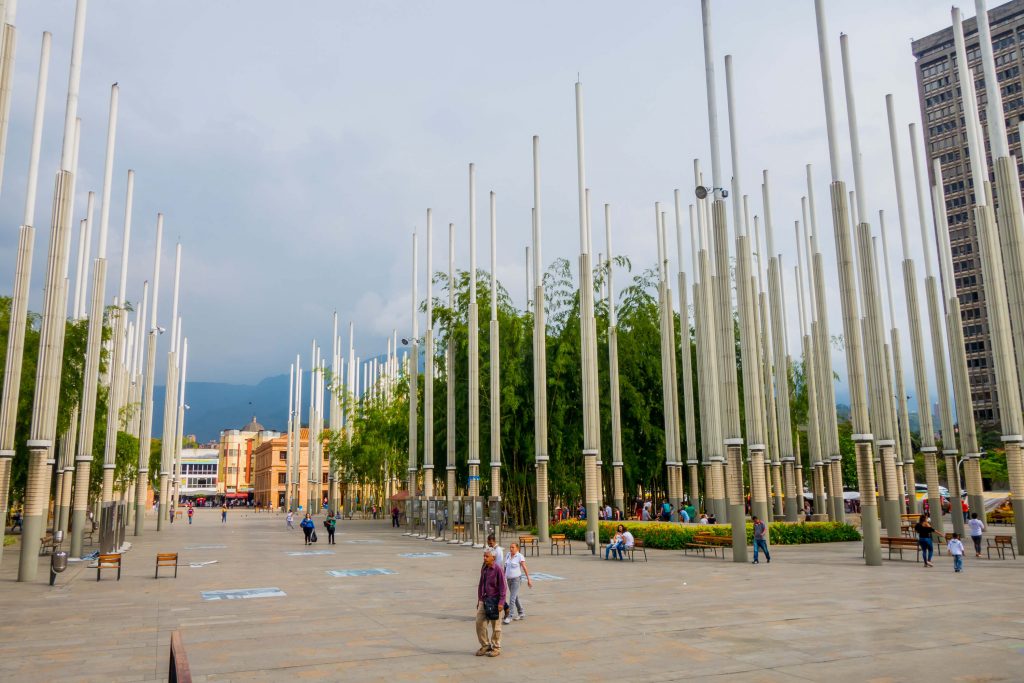 One of the people who attended the entire tour was Claudio Galán, the son of Luis Carlos Galán, presidential candidate for the Liberal Party in the 1990 elections.

Galán had become a defender of the anti-corruption struggle and a declared enemy of drug trafficking and Escobar himself. It was taken for granted that he would be elected to the nation’s highest office for the period of 1990 – 1994.

Fifteen hours after the assassination of Colonel Franklin, Galán had a campaign event in Soacha, a municipality located in the southern part of the Colombian capital, Bogotá.

As Galán entered the central square of the town, a handful of assassins patiently awaited him. Once he mounted the platform to address his thousands of followers, a burst of machine gunfire hit him. Wounded, he was taken to the nearest clinic, where he died minutes later.

Claudio’s older brother, Juan Manuel, also witnessed the demolition of the Monaco building. There is little left of the young man who, at only 17 years old, and in the middle of his father’s funeral, handed over the banners of his movement to the person who would eventually become president of Colombia, César Gaviria Trujillo.

“The demolition of the Monaco building means a starting point, not an endpoint, in the reconstruction of history and memory focusing on the victims, the heroes who were slayed while defending life, liberty, and democracy against those criminals,” said former senator Juan Manuel Galán.

And he is right. It is a starting point, because in the words of the mayor Federico Gutiérrez: “This must never be repeated.”

The certainty of non-repetition is what will guarantee that, as Yuri Buenaventura sang, we Colombians will surprise each other by “drying tears of joy.”

Those, in addition to the millions of Colombians who optimistically envision a future full of hope and pride for what has been achieved so far, as well as the victories that are still to come.

COLOMBIA COUNTRY OF THE YEAR. According to The Economist

The European Parliament honours the memory of Gabriel García Márquez