Colombia-
The New York Stock Exchange, at the heart of Wall Street, is the world’s biggest stock exchange. It has an […]

The New York Stock Exchange, at the heart of Wall Street, is the world’s biggest stock exchange. It has an average daily trading of around $170 billion and lists some 2,000 companies. Here are the Colombian businesses competing with the best:

Ecopetrol is Colombia’s biggest petroleum company, one of the largest in Latin America and one of the 25 biggest petroleum companies in the world, part of the Fortune Global 500. Formerly known as Empresa Colombiana de Petróleos, Ecopetrol began its activities in 1921 as the Tropical Oil Company, before being taken over by the state. Company successes include the purchase of the Cartagena Refinery and the discovery of the Caño Limon oilfields, followed by Cusiana and Cupiagua. Ecopetrol, which is headquartered in Bogota, listed its American Depositary Shares (ADSs) on the New York Stock Exchange in 2008. Each represents 20 ordinary shares. 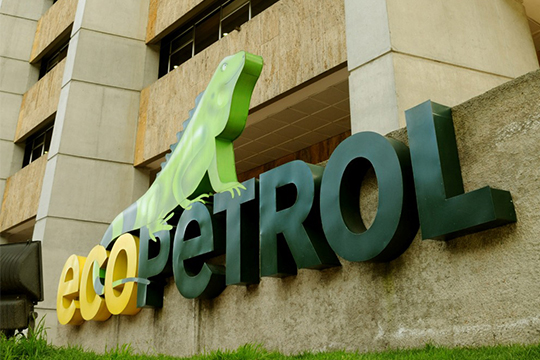 Bancolombia is Colombia’s largest commercial bank and also one of the largest in Latin America, with more than 900 branches and 30,000 employees. The bank was founded in 1945 and has its headquarters in Medellin, Colombia’s second city. Bancolombia has customers and jurisdictions as far afield as Australia, Malaysia, Spain, the United States and the Cayman Islands as well as Panama, Peru, El Salvador, Puerto Rico and Brazil. The bank’s activities cover banking, leasing, investment, trust, off-shore, brokerage, pensions and insurance. Bancolombia’s American Depository Receipts (ADRs) are listed on the New York Stock Exchange and commenced trading in 1995, under the symbol “CIB”.

Avianca is the oldest airline in the Western hemisphere and the second oldest in the world, founded in 1919. Avianca, which stands for Aerovías del Continente Americano S.A, is Colombia’s national airline, its largest and its flag carrier, with its main hub at Bogota’s El Dorado International Airport. Avianca is also a trademark for seven Latin American airlines working as one to provide the continent’s most extensive destination network. Avianca Holdings SA (AVH) opened for trading on the New York Stock Exchange in 2013, following an initial public offering of its American depositary shares. 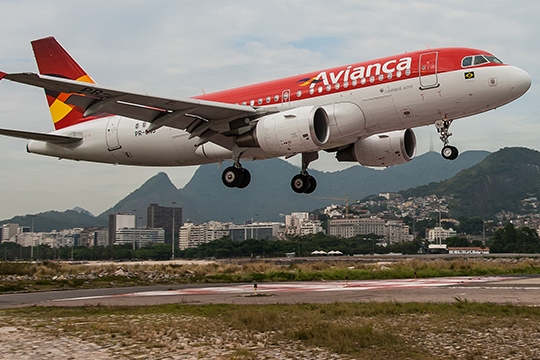 Grupo Aval is a holding company involved in a wide variety of financial activities, which also has holding stock in some of the biggest names in Colombian business, such as Banco de Bogotá, Banco de Occidente, Banco Popular, Banco AV Villas and the pension fund management company, Porvenir, among others. The group’s activities cover banking, telecommunications and real estate across Colombia and Central America, including Mexico, Panama, Guatemala, El Salvador, Nicaragua and Honduras, with most shares owned directly or indirectly by the group’s controller, Luis Carlos Sarmiento. Grupo Aval listed on the New York Stock Exchange in 2014.

Tecnoglass, based in Barranquilla, manufactures architectural glass and windows, including tempered, insulated, silk-screened and curved glass. It has provided specialist glass for iconic buildings such as the Trump Tower in Miami and Trump Plaza in Panama, as well as the Imbanaco Medical Center in Cali and El Dorado International Airport in Bogota. The company, founded in 1994, has more than 300 customers across the Americas and exports almost half of its produce. It is one of the largest exporters of glass to the United States and, in 2013, became the first Colombian company listed on NASDAQ.

5 mega developments that will transform Bogota