Four curious Colombian rivers and the secrets they contain

Colombia-
Colombia's rivers have found new fame with the “Waterweavers” exhibition, currently running at the Art Museum of the Americas in Washington DC, but the Colombians who live close to them have long known of their allure.

The exhibition focuses on Colombia’s waterways and the lives of the people who live from them. Here we present the country’s most mystical rivers and the secrets they contain:

Thanks to Gabriel Garcia Marquez, Colombia’s Nobel Prize-winning author, Colombia’s Magdalena River is one of the most famous in the world, flowing some 1,500km (around 950 miles) north through the country. The author wrote nostalgically about his steam paddle journeys down the river and “magical” riverside towns like Mompos in Bolivar. The Magdalena is home to hundreds of fish as well as elusive river turtles, tortoises, manatees, caiman, iguanas, crocodiles and pelicans. It has long been a trade and transport route linking Bogota to the Caribbean and, even today, previously unknown wildlife species are still discovered in the Magdalena. 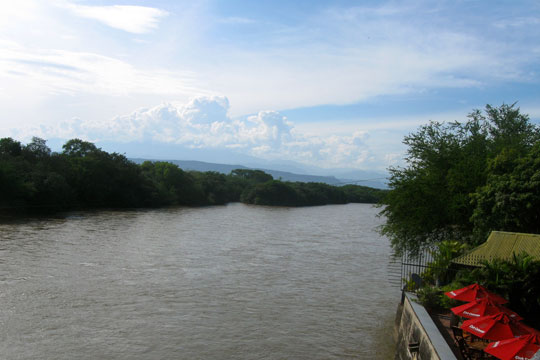 What river could be more secretive than the Amazon, the world’s largest river and one that reaches up to 48km (30 miles) wide? The Amazon branches into several smaller rivers in Colombia and runs along part of the border with Peru. About 10% of the Amazonian rainforest is found on Colombian soil, covering some 550,000 square kilometers (around 212,000 square miles). And what’s in the Amazon? Pretty much everything. The river is home to terrifying creatures including the black caiman, green anaconda, giant arapaima fish, giant otters, bull sharks, electric eels, piranhas and the legendary candiru. If you don’t know about the candiru, you don’t want to. 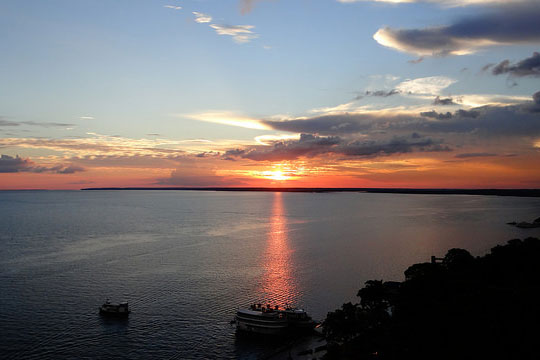 The Putumayo River is a classic “border river” separating Colombia from Peru at some points and from Ecuador at others. The Putumayo is the Amazon’s main tributary in Colombia, starting in Nudo de los Pastos and flowing some 1,600km (1,000 miles) east. The great thing about the Putumayo is that its navigable for almost its entire length, a fact discovered by French explorer Jules Crevaux, who sailed it day and night for 1,300km (800 miles) on a steamer in the late 19th century and never once hit any rapids. The Putumayo was at the heart of the region’s rubber boom and, in the time of the conquest, an escape route for many indigenous people fleeing from slavery. 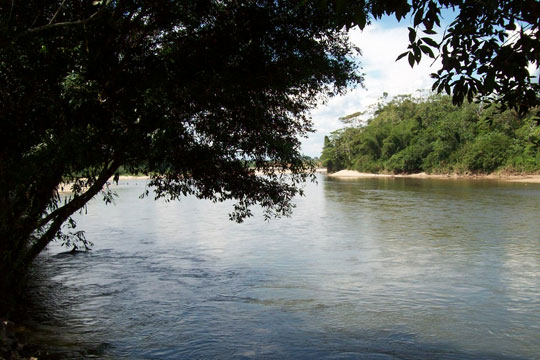 Caño Cristales is Colombia’s most colorful river, also known as “The River of Five Colors” or the “Liquid Rainbow” thanks to a curious red plant, macarenia clavigera, which lines the riverbed and blooms from July to November. The river is around 100km long (62 miles) and located in Meta. The strange thing is, even though the river is home to eight primates, 43 reptile species and 10 types of amphibian (not to mention the 420 bird species that line its banks) it doesn’t contain a single fish, because it has no nutrients for them – a fact that makes the water extremely clear. 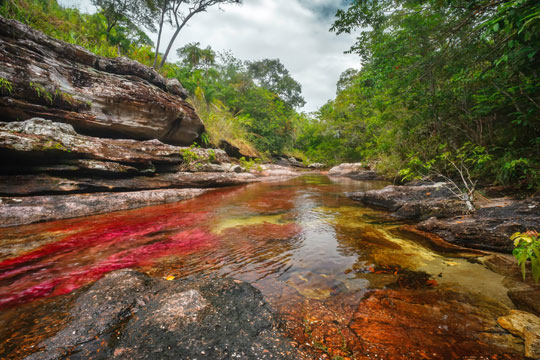 Keen to navigate the world’s most curious rivers and see what they contain? Come and visit Colombia.