Colombia-
Colombia is irresistible for tourists and with its beaches, jungles, deserts, mountains and cities, there is something for everyone. But even though the world has fallen in love with the country and the word "Colombia" is on everyone's lips, there are plenty of hidden corners and spectaculars sights waiting to be discovered. Here are five off-the-beaten-track experiences to put on your "to do" list this year:

Capurganá is a laid-back fishing village in Colombia’s far north, scenic and far from the tourism trail. It’s the perfect place to dive, devour seafood or just relax on beaches like Playa Soledad or those lining El Aguacate bay, which are full of natural pools for swimming. Once you’ve rested, hike to the rocky falls at Cascada del Cielo or take a boat to Isla de los Pajaros. You can also take the boat to the spectacular beaches at the nearby village of Sapzurro, as well as a longer tour of the San Blas islands in neighboring Panama. Fly to Capurganá from Medellin or take the boat from Turbo, Urabá and remember that ATMs are few and far between. 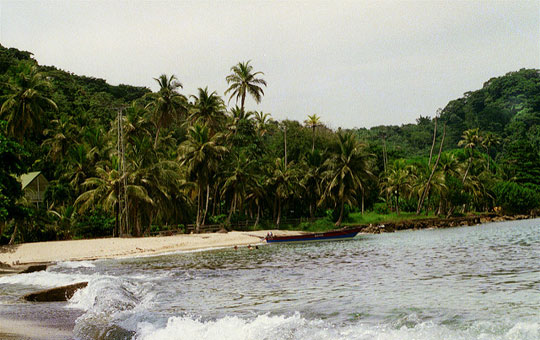 Few tourists have even heard of the department of Putumayo, which is a shame considering it’s an unspoilt and easily accessible doorway to the Colombian Amazon. Mocoa, the departmental capital, is an excellent place to hike over Indiana Jones-style rope bridges and get drenched in waterfall spray, from Hornoyaco falls to Fin del Mundo, before ending the day swimming in a river, lost in the

jungle. It’s teeming with wildlife too, from parrots and toucans to inquisitive wild monkeys. You can take a bus from Bogotá (12 hours), Pasto (5 hours) and Pitalito (2.5 hours). (You may also enjoy: Four Colombian rivers and the secrets they contain) 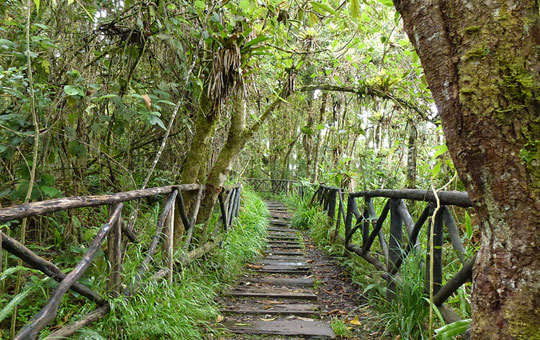 The capital of Caquetá is the boundary between Colombia’s glorious mountains and its Amazon rainforest, with around 165,000 people and more than a hundred years of history (it was founded on Christmas Day, 1902). On the cultural side, the Gothic-inspired Our Lady of Lourdes cathedral in Plaza San Francisco de Asis is a must-visit, with its stunning stained-glass windows, three naves and grotto. Fly to Florencia direct from Bogotá or drive from Neiva, Huila. 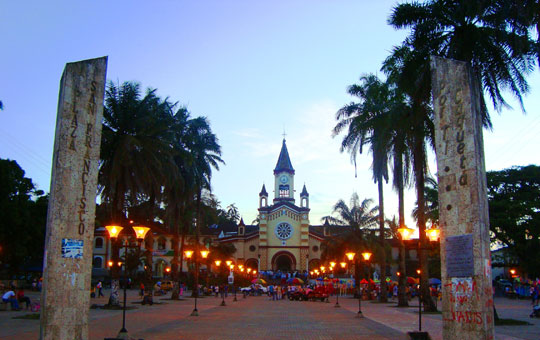 Puracé National Park, south-east of Popayan, is the origin of four Colombian rivers (the Magdalena, Cauca, Japurá and Patía) and boasts one of its most volatile volcanoes, the 4,600m Puracé. More importantly, it’s a natural paradise. The park is home to more than 200 orchids and rare trees including the Colombian Pine, Andean Oak and Wax Palm as well as spectacled bears, cougars, woolly monkeys, howler monkeys, capuchins, mountain tapir and pudu, the world’s smallest deer. There are also more than 160 bird species, including the Andean condor. The easiest option is to take a day trip from Popayan and find time to visit the hot springs and sulphur baths too. (You may also enjoy: Five Colombian reserves to coexist with birds) 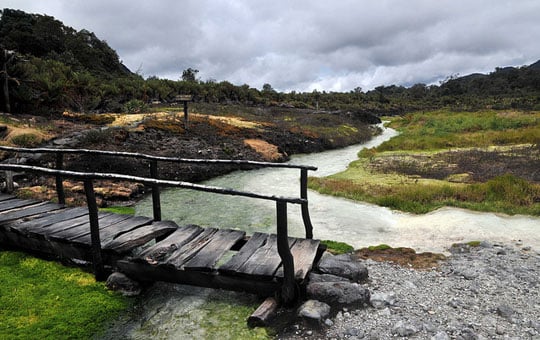 Tourists are now finding their way to La Guajira, drawn by the department’s deserted beaches, welcoming indigenous culture, flamingo-filled lagoons and colorful handicrafts. But few make it as far as Punta Gallinas, South America’s most northerly point and the site of rolling sand dunes, some 60 meters high. This cape, on the coast of the Caribbean Sea, has long been inhabited by the Wayuu people and is best reached by taking a boat from Cabo de la Vela (two hours) or a 4×4 vehicle (five hours) Many visitors opt for an organized tour or take a bus to Cabo de la Vela from Riohacha. (You may also enjoy: Colombia’s indigenous groups) 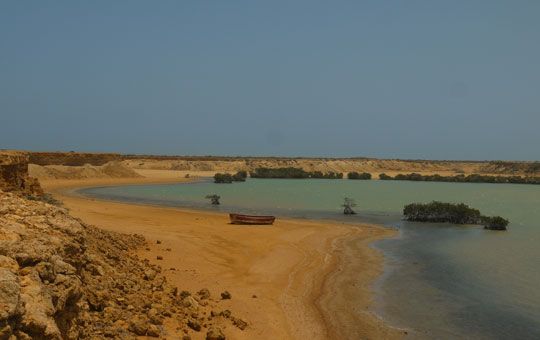 Want to feel like the only visitor in one of the world’s most diverse countries? Live this experience in Colombia. If you liked this article please feel free to share it on Facebook, Twitter, LinkedIn, Google+ or any of your social networks.

The wonder of Colombia’s magical Choco