Colombia is a devout country with religious architecture that reflects its own diversity. Its churches and cathedrals are some of […]

Colombia is a devout country with religious architecture that reflects its own diversity. Its churches and cathedrals are some of its most impressive monuments but they also tell unique stories and are testament to key moments in the country’s history. Here are five Colombian churches you have to visit:

Las Lajas is frequently voted one of the world’s most beautiful churches and it is an awe-inspiring sight. This basilica church was built in the Guáitara River canyon in Ipiales, two hours by bus from Pasto, Nariño, and rises some 100m from the bottom of the canyon, connected to the other side by a bridge. It was completed in 1949, built on the spot where a woman and her daughter, sheltering from a storm in 1754, saw an image of the Virgin Mary on a stone, which is still visible today. 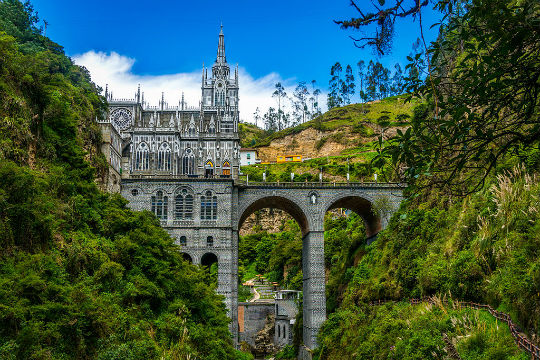 This astonishing salt cathedral, near the town of Zipaquira, Cundinamarca, is built inside the tunnels of an old salt mine some 200 meters underground and, on a Sunday, it attracts more than 3,000 worshippers. It is actually a new church, inaugurated in 1995 on the site of an older one, with 14 small chapels at the entrance, three naves and the main dome. The best way to visit Zipaquira is to take Bogota’s tourist steam train (Tren Turistico de la Sabana) which runs on weekends and stops in the town of Cajica too. 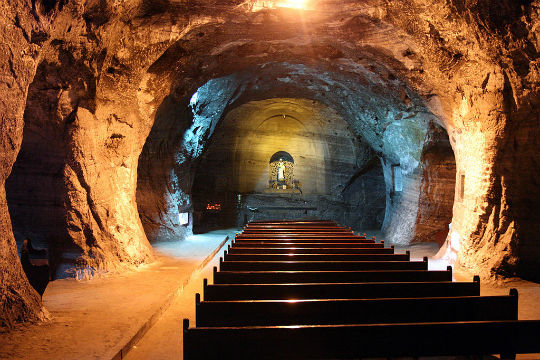 La Catedral Basílica Metropolitana Nuestra Señora del Rosario dominates the skyline of the city of Manizales in Caldas, in the heart of the Colombian coffee district. At 113m tall, it’s the third-largest cathedral in all of Latin America. The cathedral, which can fit more than 5,000 worshippers inside, has a majestic canopy above its main altar and neo-gothic architecture, plus a stunning view of the city if you have enough puff to climb to the top of one of its five spires. 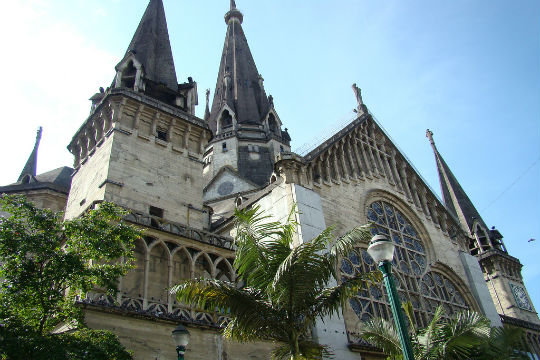 (You may also enjoy: Six museums filled to the brim with Colombia’s religious treasures)

Bogotá’s striking neo-classical cathedral dominates the capital’s main plaza, Plaza de Bolivar. It was built in the early 19th century, on the site of a small, thatched chapel built when the city was founded in 1538 (and its name was changed from the indigenous Bacata to Bogotá) Some historians claim it was the site of the city’s first Mass. Inside, the church is spacious and relatively sparse and the tomb of Gonzalo Jimenez de Quesada, founder of Bogotá, lies in its largest chapel. 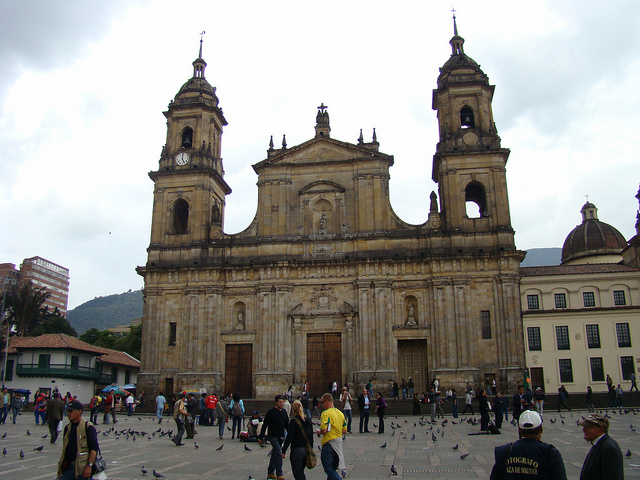 Cartagena’s San Pedro Claver church and convent, in the Plaza de San Pedro Claver, is a must-visit, if only for the story of San Pedro himself. The “Slave of the Slaves” was a monk who devoted his life to ministering to the slaves brought to Cartagena and who later became the first person canonised in the New World. This imposing stone church, with its stained-glass windows and high altar made from Italian marble, still houses San Pedro’s remains and visitors can visit the cell where he lived and died. 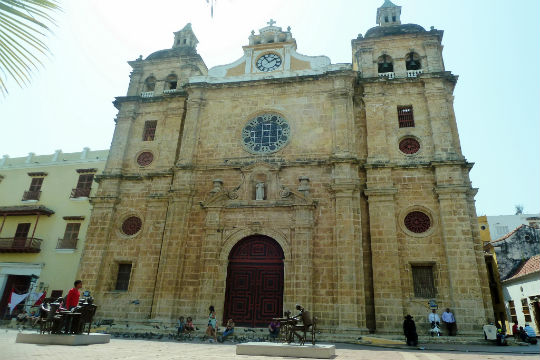 (You may also enjoy: Homes of the stars: 5 historic Colombian houses)

Beautiful churches that are a testament to a nation’s history? Live this experience in Colombia.