La Guajira is a world of adventure with its crashing waves, arid deserts and hundreds upon hundreds of bird species, […]

La Guajira is a world of adventure with its crashing waves, arid deserts and hundreds upon hundreds of bird species, from humble pelicans and elegant flamingoes to the ferocious eagles circling its coastline. Whether wildlife, extreme sports, culture, food or history are your thing, here are five reasons why you should visit La Guajira:

Those desert plains may seem endless and inhospitable but they have long been home to indigenous tribes and, even now La Guajira has the largest population of indigenous peoples in all Colombia. Around half its inhabitants are Wayuu, Arhuaco, Kogi or Wiwa and many welcome visitors and want to share their culture, rituals and cookery. Tourists are invited to visit Wayuu reservations (the Wayuu are Colombia’s largest ethnic indigenous group) and enjoy fried goat, dancing displays and, of course, some down time in a chinchorro, the famed Wayuu hammock that can take some four months to weave. Many also go home with a mochila, a brightly-colored woven bag symbolic of the region.

La Guajira is outstanding in its natural beauty and it’s impossible not to be wowed by the sheer quantity of its birdlife, from the eagles we mentioned to the flamingoes nestled on its lakes. Most visitors travel to the small village of Camarones, close to the Tapias River, to visit the four lagoons at the Santuario de Flora y Fauna los Flamencos, home to hundreds of flamingoes. Locals row small boats onto the lagoons, allowing tourists to spend time with the birds without disturbing them. Macuira National Park is home to plenty of birds too, more than 140 species, as well as monkeys, ocelots and deer.

La Guajira is home to Cerrejon, one of the world’s largest open-pit coal mines and the site where the remains of the prehistoric titanboa, the largest, longest, heaviest snake ever discovered, were uncovered. Even though Cerrejon is unlikely to top a tourist’s ‘to do’ list, most guides and tour groups do take visitors to the salt mines at Manaure, where the salt sparkles blue, white and pink as it dries in the sunshine. 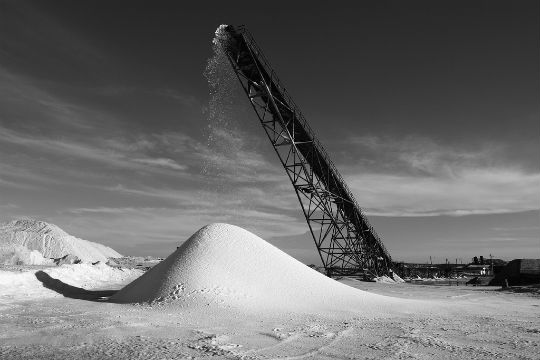 Few visitors realize La Guajira is one of the world’s top destinations for kite-surfing, thanks to Cabo de la Vela’s hidden coves and year-round winds. Kite surfers use large kites to harness the power of the wind and propel themselves across the water. Every year hundreds of kite-surfers and would-be kite-surfers flock to La Guajira to learn or practice the sport and instructors offer a range of courses, choosing different beaches (calm bays, mangroves or fearsome waves) according to ability. If kite-surfing is not for you, take the boat to the sand dunes at Punta Gallinas (South America’s most northerly tip) climb El Pilon de Azucar or enjoy the region’s spectacular beaches.

Indigenous tribes were the first to inhabit La Guajira, followed by Spanish conquerors, English pirates and Middle Eastern immigrants from Lebanon, Syria, Palestine and Jordan. The latter mostly settled in the city of Maicao, now home to South America’s second largest mosque and some of the country’s best Arabic restaurants. In fact, the food in La Guajira is generally delicious, from the frichii (chopped, fried goat) favored by indigenous groups to seafood treats including buttery lobster and the creamy, roadside cazuela de mariscos (prawn and fish stew).

(You may also read: 5 places to visit if you want to learn more about Colombia’s indigenous culture)

Unforgettable adventures in a completely different culture? Live this experience in Colombia. If you liked this article please feel free to share it on Facebook, twitter, LinkedIn, Google+ or any of your social networks.

Colombia, a country that celebrates its ethnic diversity