Colombia-
Bogotá loves to live up to its “Athens of Latin America” reputation and it bustles with universities, museums, art galleries […]

Bogotá loves to live up to its “Athens of Latin America” reputation and it bustles with universities, museums, art galleries and libraries, some of the most visited temples of art, literature and culture in the world. But the capital is not alone. Colombia is full of libraries that unite its communities and ignite their love of literature.

The Luis Ángel Arango is one of the world’s most visited libraries, with more than 5,000 people making the pilgrimage to this sprawling temple of literature every day, to enjoy more than 1.3 million books and texts. The Luis Ángel Arango is more than just a library, it’s a symbol of Bogota’s devotion to the arts and occupies an entire block in the capital’s historic La Candelaria neighborhood. Besides its exhaustive literary collection, the library has a near-daily calendar of events that includes art exhibitions, concerts, readings and other artistic performances, many of which are held in its concert hall. 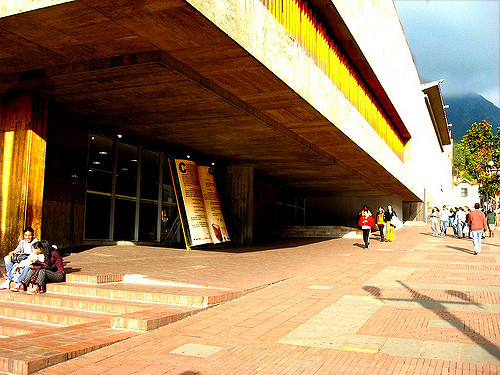 Not to be outdone, Colombia’s second city, Medellin, boasts this futuristically designed space devoted to the art of literature. A library and vibrant community center, the Parque Biblioteca España sits on top of a mountain with views across the city, in what was once one of its poorest neighborhoods, Santo Domingo Savio in Comuna 1. The library opened almost a decade ago now with support from the Spanish Royal family and besides a large collection of books and texts, it provides a warm home for a wide range of artistic and cultural events in the city. 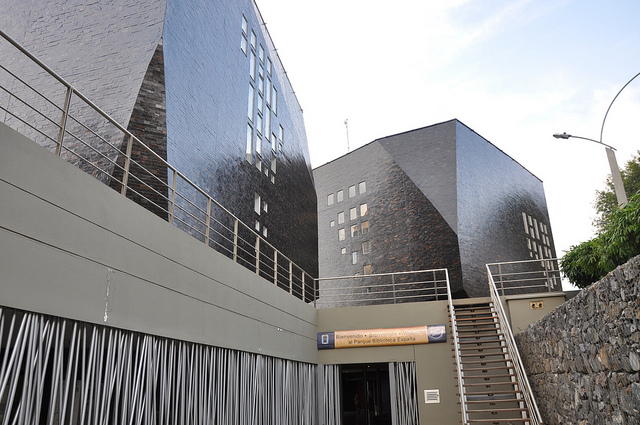 A love of books can manifest itself in many forms and the people of Colombia’s Caribbean coast have what is probably the most unusual way to access them. Their “Book Donkey” (biblioburro) was created in La Gloria, Cesar, by schoolteacher Luis Soriano, who delivered books to isolated communities from the back of his donkeys, Alfa and Beto. He began with 70 but his library soon captured the public’s imagination and donations sent his collection soaring to 5,000 volumes. Soriano’s donkeys travel the length and breadth of the Sierra Nevada de Santa Marta, reaching dozens of small villages nestled in its valleys. 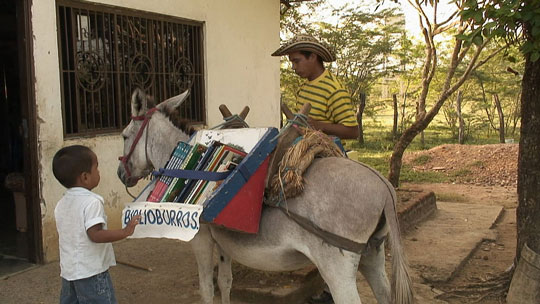 The Julio Pérez Ferrero is the biggest and most important library in the north of Santander, but it was a veritable nomad for years, shunted from location to location following the founding of its collection in 1919. Still, it was worth the wait. This Cúcuta library now lives in the former San Juan de Dios hospital building, a national monument with a story of its own, having been completely rebuilt following its destruction in the city’s 1875 earthquake. Besides its book and document collection, the Julio Pérez Ferrero library is a language teaching center with courses in English, French, German and Italian.

This public library in Villanueva, Casanare, is an architectural triumph, built entirely from raw materials sourced from the surrounding forests, rivers and quarries. It was designed by four young university students who won a national competition to create a library that was at one with its surroundings. This small town, on the edge of Colombia’s eastern plains, has just 24,000 residents but book lovers, researchers and tourists travel to visit their library, which was listed as one of the world’s most impressive, alongside the Library of Congress in Washington DC and the Sorbonne in Paris, thanks to its innovative design. 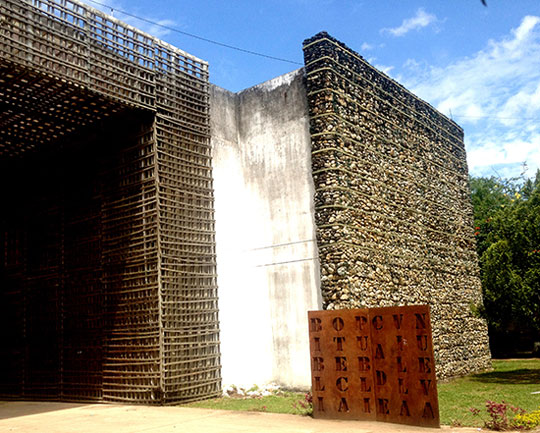 Temples to literature that have their own story to tell? Live this experience in Colombia. If you liked this article please share it on Facebook, Twitter, LinkedIn, Google+ or any of your social networks.

artBO, Colombia’s most important art fair, is back