Christmas is the highlight of the year in Colombia and the country’s towns and cities go all out to impress with elaborate lighting, traditional displays and fun for all the family. Here are five of the best.

Medellin is Colombia’s champion when it comes to festive destinations, with not just the best lights in Colombia but some of the best on earth. National Geographic named Medellin’s Christmas lights among the world’s top 10 and the city spends up to USD$10 million every year, entertaining up to four million visitors with lights that stretch from the Medellin River across more than 100 parks and spaces. The event is one of the city’s top tourist attractions and now begins at the start of December to accommodate demand. All parks and museums offer free entry to children under 12 during the Christmas period and the Museum of Antioquia is free to everyone too.

Cartagena is Colombia’s most romantic city and it outdoes itself at Christmas. The city’s mariners are full of boats and street vendors sell every Christmas gift imaginable while the old city stores are full of shoppers. The Christmas atmosphere is helped by the fact Cartagena never stops celebrating. The run up begins in November, with Cartagena’s Independence celebrations and the Miss Colombia pageant, and January brings Cartagena’s Classical Music Festival and the literary Hay Festival. Residents take over the streets, dining under the stars, playing music and singing Christmas carols. It goes without saying that Christmas is high season in Cartagena. Booking ahead is a must. 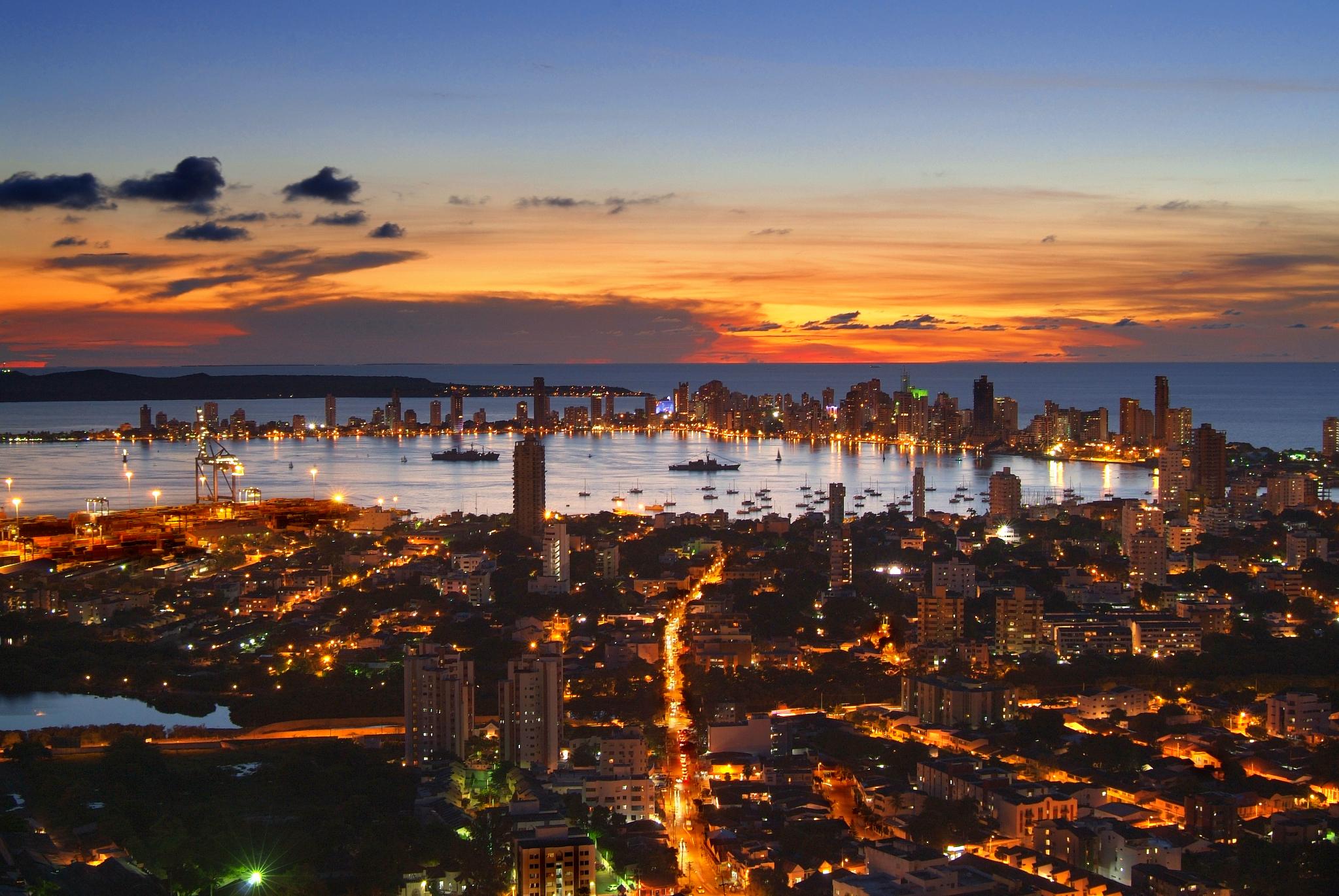 (You may also read: Time to visit these little-known Colombian festivals?)

Bogota begins its Christmas celebrations with Día de la Velitas, or Little Candles’ Day, on December 7th, when residents deck the capital’s balconies, storefronts and parks with candles and paper lanterns and take to the street for a special ciclovía (when roads are given over to cyclists, rollerbladers and families out for a stroll) The city’s Christmas lights are in full swing by then and shops and malls stay open late, with carol singing and live nativity scenes. The novenas take over in the run up to the big day and the city buzzes with a celebratory air, especially in Galerías, an entire neighborhood dedicated to the sale of Christmas trees, decorations and other festive essentials. 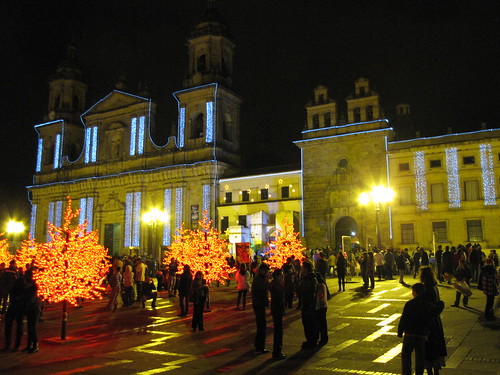 Colombia’s biggest cities are not alone when it comes to lighting up a festive spectacle. Tunja, the historic capital of Boyacá, illuminates its streets with a dazzling display and holds the Boyacense Nativity every year (this year it will run from December 16th to 22nd) This folkloric festival is a huge draw for visitors to the region and is Colombia’s oldest festival, dating back to 1955. The city’s festive decorations reflect its culture, history and agricultural importance, with traditional features of Boyacá life depicted alongside hundreds of stars, trees and wild animals from the region.

The colonial city of Santa Fe, known as Antioquia’s “mother city” because it was the first place colonized in the region, pulls out all the stops when it comes to its Christmas displays, adorning its historic buildings with thousands of colored bulbs and arranging a nativity scene with some 200 statues. The city’s narrow streets, with their elaborate wooden doorways already make a visitor feel lost in time and that magic only intensifies at Christmas. Those who visit Santa Fe from outside Antioquia tend to combine their visit with a trip to see the lights in Medellin too. 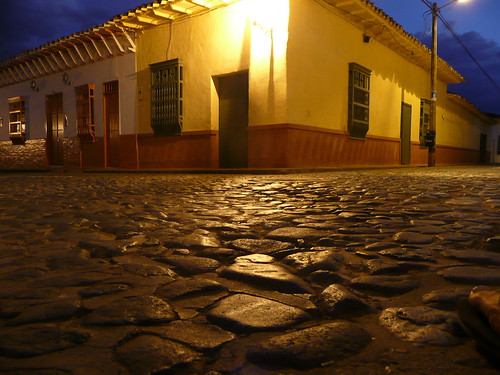 Dazzling displays and the full warmth of Christmas? Live this experience in Colombia. If you liked this article please feel free to share it on Facebook, Twitter, LinkedIn, Google+ or any of your social networks.