publicador-
Learn about Colombia’s LGBT history of Colombia and our journey of becoming a more inclusive country. Our diversity lies not only in our climates and rhythms, but in embracing the unique qualities that make people stand out for who they really are, and celebrating each and every one of them.

June is a month filled with LGBT pride, news, rights, and of course a time to reflect on everything that brought us here. Colombia was the fourth country in South America to support same-sex marriage, one of the 29 in the world currently.

Find out about LGBT history in Colombia and some aspects that make us the most welcoming country in the world for this community.

LGBT community in Colombia starts with a couple

In 1980, when being homosexual was considered a crime, León Zuleta y Manuel Velandia decided to take some action regarding gay rights. Thus, they were the first leaders of the Colombian homosexual liberation movement and of Colombia’s LGBT history.

As it was an unused law, Manuel Velandia had no problem making it disappear without activism, especially since at that time there were no people incarcerated for this nor were there any public complaints.

In 1981 when the penal code that decriminalized this condition came out, the anti-homosexuality law was repealed. This was the first great moment for the LGBT rights movement in Colombia, but LGBT history in Colombia was just getting started.

LGBT Rights and community is like the rainbow flag, meant to be seen

Manuel Velandia comments that after decriminalization was announced, several events led to a march on June 28th, a date that is now known worldwide as the LGBT pride celebration.

Back then, only 32 people marched and 100 police officers cleared a path for them. It was the first time that speeches were made in the public square of Las Nieves, highlighting another first in the LGBT community in Colombia.

In the 80’s, only 32 people joined the LGBT pride month parade; last year over 70,000 people from the community embraced diversity on the streets.

From 1981 to 1991, the LGBT Community held almost no visibility. When Colombia’s political constitution came out in ’91, it was made clear in article 13 that all people are born free and equal before the law, and it exposes the development of personality as a free fundamental right, which among its central values ​​is plurality and dignity.

This was a great step because from there, the constitutional court was created, resulting in a great deal of progress for LGBT rights being recognized in the community.

In Colombia’s LGBT movement, it takes two to tango

After many years, in 2013 the constitutional court executed a ruling recognizing that homosexual couples constitute a family, and their resulting vulnerability having not been able to obtain that right. Thanks to the courage of five brave couples who made their union public, as well as the involvement of institutions, entities, NGOs, and a large mobilization of activism led by the NGO Colombia Diversa, same-sex marriage has been legal in the country since 2016.

Nevertheless, it is curious that the adoption ruling came before the marriage ruling, initially specifying that gay people can adopt individually. This was accomplished by prioritizing the right of all children to have a family over someone’s sexual orientation; another milestone for LGBT history in Colombia.

And what about the trans community in Colombia? 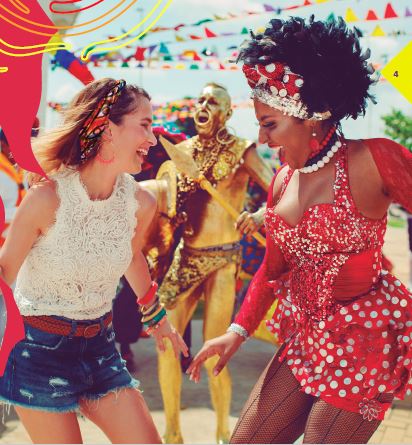 Two women dancing along in a colorful parade

Elizabeth Castillo, one of the most familiar faces of the LGBT rights activism in Colombia, states that “…it is time to recognize that trans women were the face of this fight during the time where other people belonging to the collective could mimic themselves in the crowd.”

She recalls that some of the other rights the LGBT community is entitled to in Colombia include legal protection against discrimination in labor and goods and services, equal access to assisted reproduction techniques, access to the military service and donating blood, among others.

The LGBT history in Colombia gets even better each day

Today, Colombia is a destination that welcomes diversity and is considered gay-friendly. As a result, in 2018 Colombia won the award for the best destination for LGTB tourism in South America in the World Travel Awards. 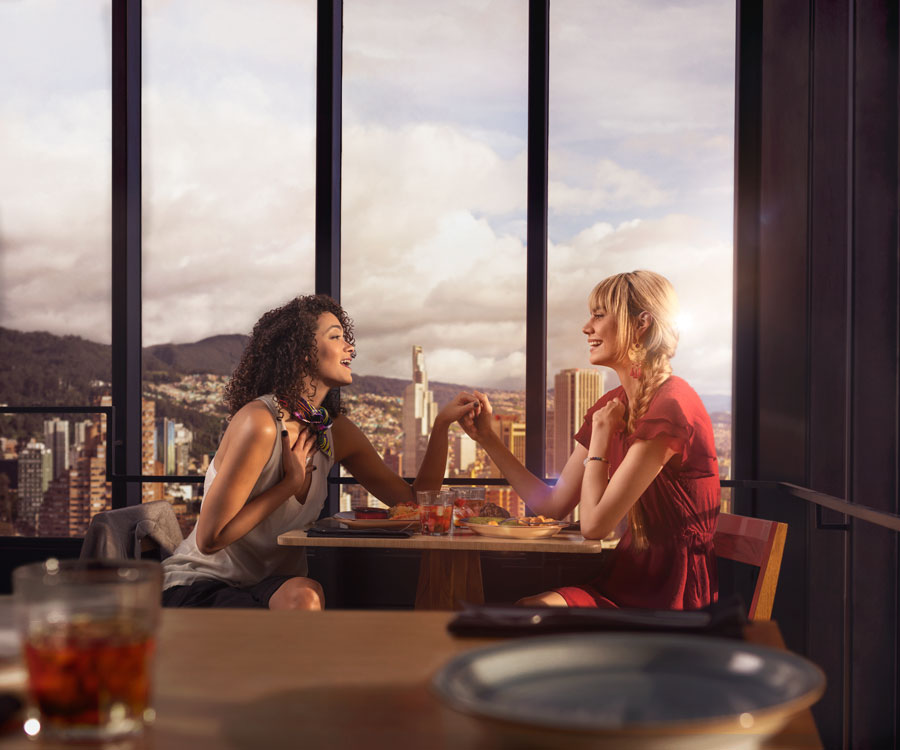 Two women have fun while sharing a romantic meal in a restaurant in Bogota.

In the same manner, Bogotá, the capital of Colombia, even has its own LGBT district named “Chapinero” (The gigantic letters that name the place are colored with the LGBT Flag). This district is home to the largest LGBT Club in South America, an unmissable spot whenever you have a chance to stop by the neighborhood.

Even the city’s newest mayor is a glowing example of how Colombia keeps acknowledging members of the LGBT Community. Claudia López is the first openly lesbian major in the country and has a very public life with her partner, Angélica Lozano, who is also a politician and former mayor of the Chapinero district. Both of them are very strong activists that keep pursuing LGBT rights.

These truths and victories continue positioning Colombia as one of the most liberal countries in the world with regards to LGBT history. For this reason, we encourage all members of the LGBT community to come visit us and let us embrace your diversity with our warm culture, people, and destinations.

The top 10 places to learn to dance in Colombia

Anyone for caving? Five caves you have to explore in Colombia

10 Colombian experiences to seek in 2016

Colombia, in the spotlight of world entertainment