Colombia-
Colombia is often referred to as a dozen countries in one and nowhere is that more obvious than in the diverse nature of its traditional music.

Colombia is often referred to as a dozen countries in one and nowhere is that more obvious than in the diverse nature of its traditional music.

Its most popular folk genres weave the influences of indigenous tribes, European colonialists and West African slaves, inventing some instruments and adopting others along the way. Here we present the instruments at the heart of Colombian music:

No-one is too sure how the accordion arrived in Colombia in the 1800s. Legend has it a German ship was shipwrecked in the Magdalena River and the accordions rescued went on to captivate the nation. Either way, the accordion is now the backbone of Colombian folk music. Vallenato was born in the Caribbean coast, where minstrels played their accordeons and sang stories from town to town. Accordions also feature in cumbia music. Every year Colombia holds the world’s biggest accordion-playing contest, the Vallenato Legend Festival in Valledupar and the instrument has inspired some of the country’s biggest music stars, including Carlos Vives, Shakira, Juanes and Fonseca.

The guacharaca is a percussion instrument, usually made from the trunks of small palm trees. It’s essentially a tube with ridges carved into the surface, scraped with a wire fork. The Tairona indigenous people, from the Sierra Nevada de Santa Marta on Colombia’s northern coast, invented the guacharaca to simulate the singing of the guacharaca bird and the instrument now represents the indigenous side of vallenato and cumbia, alongside European and West African influences. A guacharaca player is known as a guacharaquero. 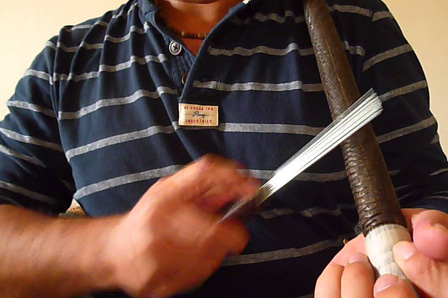 The tiple is a small guitar (about three-quarters the size of a classical guitar) descended from guitars brought by Spanish conquerors to the New World. The tiple was first played by artists and people from humble backgrounds until gaining more widespread popularity. The tiple is usually played alongside a tambourine and is an essential part of Colombia’s rural heritage. The Tiple and Guabina Festival is held in Velez, Santander, every August. Guabina is a singing, dance and musical genre which, like the tiple, is popular in regions such as Santander, Antioquia, Boyaca and Cundinamarca. 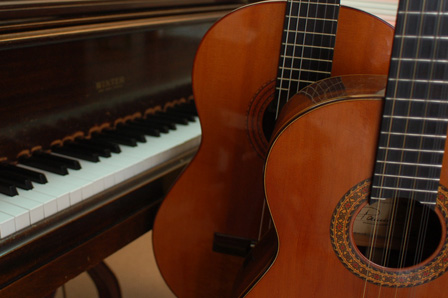 The tambora, or bass drum, is a large drum, popular with African-Colombian communities in Colombia’s coastal regions. It’s made from tree bark and covered with deer, goat or sheepskin. Tamboras are essential in cumbia music, which can be heard across Colombia including the Barranquilla Carnival and the National Cumbia Festival in El Banco, Magdalena. The tambora, played with baquetas, a type of drumstick, is also part of the Pacific coast marimba tradition where musicians chant and play at social gatherings, saint worship and wakes. These traditions are passed on orally, with older musicians guiding the younger tambora players. 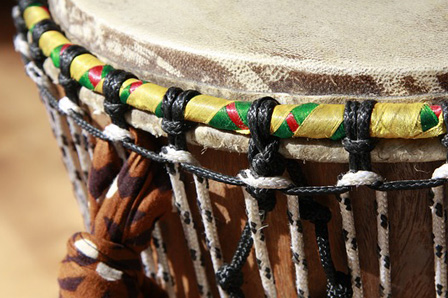 The gaita, also known as a kuisi, is an indigenous wind instrument from Colombia’s Caribbean coast. It’s thought to have been first played by the Kogi people of the Sierra Nevada de Santa Marta. The gaita is made from cactus, with a feather in one end and holes for different notes. It has a male, female and short version, with varying numbers of holes, and is used in cumbia, merengue, puya and porro music. The gaita is known as the “Colombian bagpipe” because it sounds like Spanish bagpipes. Its most famous devotees are Latin Grammy winners the Gaiteros of San Jacinto, who also play the drums and maracas when they perform. . 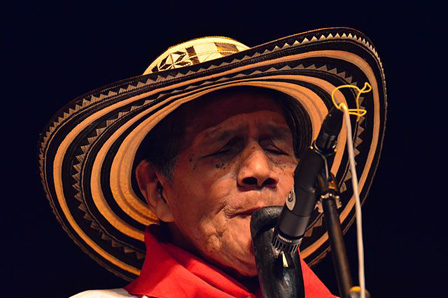 The llanos’ harp is at the heart of music from this region, the cowboy plains of eastern Colombia. Spanish conquerors brought the instrument with them when they travelled to the New World and it soon became absorbed into local culture. The llanos version has 32 or 33 strings of different lengths and is usually made from cedar, pine or another hard wood. The harp has since inspired infusions with pop and salsa music, although its popularity in the region’s traditional llanera music is evident at the annual “Golden Harp” festival, usually held in Saravena, Arauca. 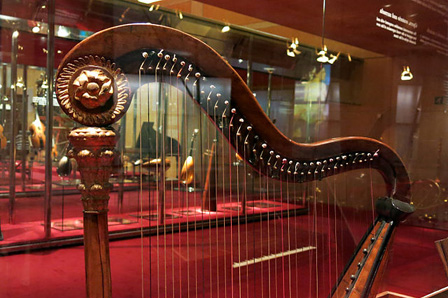 Colombia has a diverse musical culture and it’s clear that when it comes to passionate support for traditional, folk music, Colombia is the answer. If you liked this article, please feel free to share it on Facebook, Twitter, LinkedIn, Google+ or any of your social networks.

Read the following articles to learn more about Colombia’s culture:

Colombia: Land of a thousand rhythms