Food to get you in the mood: Colombia’s favorite aphrodisiacs

The aphrodisiac qualities of foods such as oysters and asparagus are world-renowned, but were you aware of the mood-inducing foods […]

The aphrodisiac qualities of foods such as oysters and asparagus are world-renowned, but were you aware of the mood-inducing foods in Colombia’s own backyard? Here are some of the nation’s favorite desire-inspiring delights, available from street sellers, local markets an grocery stores across the country:

Colombia’s “miniature coconut” (bactris gasipaes to be precise) is so famous for its ability to arouse desire, as well as being a sought-after street snack, it has songs written about it. This bright orange fruit is picked from its palm then sold raw or boiled for up to five hours in salt water, before being served as a dried fruit with honey, milk, salt or lemon drops.

It’s thought chontaduro originated in the Amazon and was central to many indigenous diets before becoming a staple in cities like Cali and across the Pacific coast. Besides being a cheeky aphrodisiac, chontaduro is rich in fibre and iron and high in carbohydrates so it will give you the extra energy you need too. 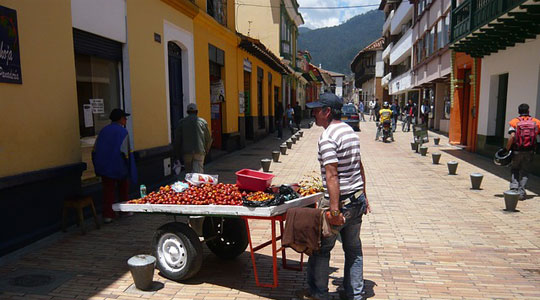 We all know passion fruit, maracuya in Colombia, is called passion fruit for a reason, but it’s not the reason you think. Spanish missionaries named the vine “passion flower” because its huge white flowers, with their purple centers, reminded them of Christ’s Crucifixion. Even though we associate passion fruit with sex nowadays, and there is some evidence passion flower can improve sexual function and increase sperm count, Colombia’s papaya fruit is actually the real star here. Papaya is said to be an estrogenic fruit, which means it helps out women in many areas, including increasing their libido. 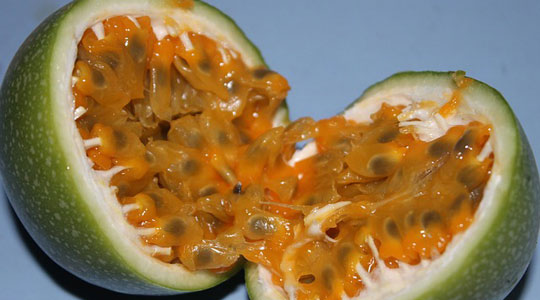 The borojo fruit is our old friend and a key ingredient in berraquillo, the famous “Bogotá aphrodisiac” which mixes borojo and crabmeat with a range of other ingredients including chocolate, cola, whiskey, wine, milk and honey, depending where you buy it. Borojo itself is a large fruit (it grows up to 12cm in length) that thrives in areas of high temperatures and humidity, which is why it mostly grows in Chocó, on the Pacific coast. Besides berraquillo, Colombians use borojo to make tasty desserts, jam and wine and it is considered a health food as well as being the country’s favorite aphrodisiac. 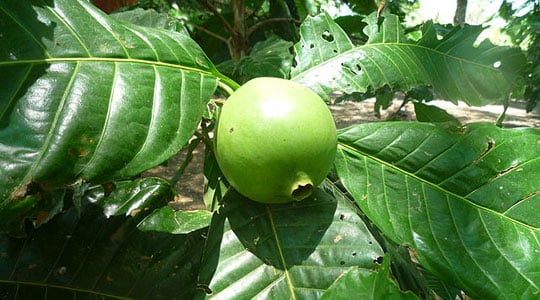 Dragon fruit (pitahaya in Colombia) is a super fruit, thought to cure everything from aging and acne to high blood pressure, cholesterol, cancer, Alzheimer’s and cataracts so it’s no surprise this fruit, which is either bright pink or yellow with a black and white speckled center, is tasked with enticing the nation into the bedroom. There’s just one problem. While there’s plenty of evidence of the fruit’s abundance of vitamins and antioxidants there is very little that proves it send our sex drives into a spin. Perhaps the fact it’s named after a fire-breathing mythical creature is about as exciting as it gets. 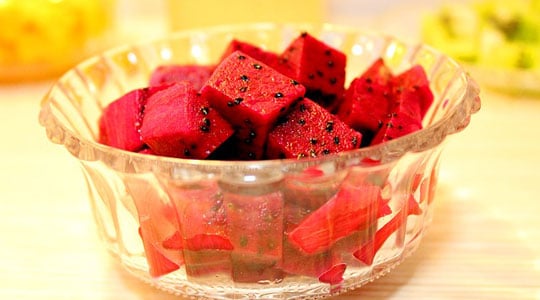 Colombians are addicted to their traditional ceviche, one of the favorite fish dishes in our country, which is made from fresh lime-marinated shrimp in a cocktail of ketchup and mayonnaise, not least for it’s aphrodisiac reputation. Venetian lover Casanova famously said shrimp put him in the mood for love and some people believe these cute crustaceans should be consumed during lovemaking to increase the pleasure of the act itself. Either way the places where Colombian ceviche is most commonly served (on the beaches of the country’s Caribbean coast, for example) should be enough to put romance on anyone’s agenda.

(You may also like: Six “perfect moment” Colombian treats you just have to try)

Zuncho baskets: handcrafted all around Colombia