publicador-
The cultural heritage sites of Colombia are a true testament to the history and identity. This places will always be a part of the country, and will help it build a bright future.

Get to know the places to visit in Colombia where true architectural jewels have been restored to beautify their cities and revitalize culture, making Colombians proud.

The cultural heritage sites of Colombia are a true testament to the history and identity. This places will always be a part of the country, and will help it build a bright future. Get to know the places to visit in Colombia where true architectural jewels have been restored to beautify their cities and revitalize culture, making Colombians proud.

Places to visit in Bogotá, the capital city where “Heritage Stands Out”

The Columbus Theater in Bogotá is one of them. Is being enlarged following the restorations and pedestrianization of the street that links it to Bolivar Square. Its imposing Neoclassical style will be complemented by a modern cultural center. It will render it one of the main arts and culture hubs in the country.

Is located in the historic downtown of Bogota. This early-20th Century building replaced the cloister of the church of San Francisco to become the campus of the Governorship of Cundinamarca. This important landmark is part of the various heritage façades that were recovered thanks to the District Institute of Cultural Heritage’s program: “Heritage Stands Out.”

The neoclassical palace has been classified as a National Monument of Cultural Interest. Along with the church of San Francisco – the oldest in Bogota, built during the mid-16th Century – it is considered one of the capital’s most important icons. Its restoration earlier this year has now made it one of the ideal places to visit in the country. 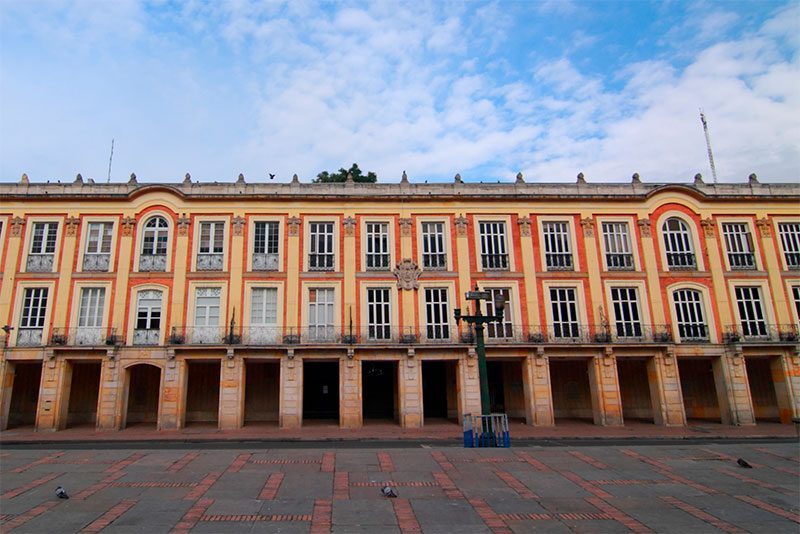 The Lievano Palace in Bogotá.

Another design by Colombian-based French architect, Gaston Lelarge, this emblematic building also benefited from the “Heritage Stands Out” program. This large building stands along the entire west side of Bolivar Square and, although having been subject to modifications over the 20th Century. Its French Renaissance architectural style is of great historical value to the capital. It currently acts as the city hall of Bogota.

Places to visit in Colombia: a passage through the culture of Medellin

This palm tree-lined promenade that passes next to Medellin’s iconic Coltejer building is one of the most traditional and representative pedestrian streets in the city. Here, you can feel both classic and modern Medellin ambiances blend as you stroll through flower shops, restaurants and various stores.

The façades of 27 emblematic buildings in the area were recently restored, a project that completely transformed and renewed the aesthetics of one of the downtown Medellin’s most important passages.

Palace of the Proclamation 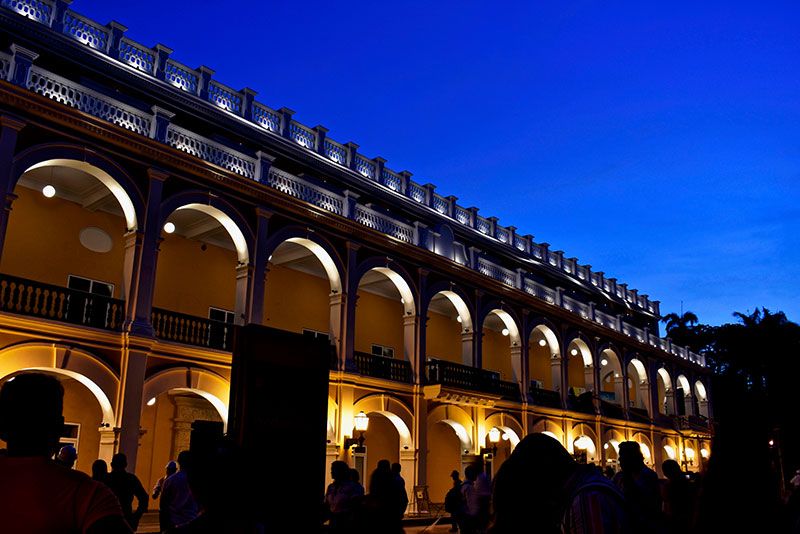 The Palace of the Proclamation in Cartagena.

This architectural jewel, located at the heart of Cartagena’s Old Town laid virtually in ruins for years. The structure was renovated to avoid its collapse but preserved its enthralling aesthetic; it will now host a modern cultural center for the development of art, culture and crafts of the Bolivar department. The new Palace of the Proclamation holds various rooms designed to promote cultural samples, events, festivals and university activities.

This is another excellent place to visit in Cartagena, located right outside the Walled City, next to Getsemani (the city’s bohemian and cultural neighborhood). This park founded in 1911 is among one of the most emblematic in Cartagena, and is visited by many tourists who wish to admire its gardens, fountains and iconic obelisk.

Cali, one of the leading places to visit in Colombia

The capital of Valle del Cauca also joined in on heritage preservation efforts by giving a facelift to one of its traditional haciendas as the Cañasgordas estate. This place was declared a National Monument because of its archaeological, architectural and cultural potential. Most importantly, it holds one of the oldest colonial buildings in Colombia.

Bugalagrande is a historic municipality of the Valle del Cauca department located an hour-and-a-half away from Cali. An emblematic property of this proud town’s cultural heritage is its railway station. Until very recently was completely abandoned but has now been fully restored for the enjoyment of all of Bugalagrande inhabitants.

The Ministry of Culture is currently working on various other restoration projects that will be finished by the end of the year. Some of these include the Capilla de las Mercedes in Salamina and the stained-glass windows of the Manizales cathedral. Important cultural heritage landmarks of the Caldas department.

As you can see, there are plenty of ideal places to visit in the country for those who love architecture. The cultural heritage of this country can be admired in the façades and halls of its eclectic buildings. Also, felt by strolling the streets that thrive with the vibrant culture of Colombia’s present and centuries of history.

Experience the best of Colombian art in Bogota, Medellin and Cartagena
A tour of Bogotá’s world famous graffiti art
Five museums every tourist should visit in Colombia