It’s a country full of world champion dancers, so it’s no surprise that Colombians can move. A visitor gets itchy […]

It’s a country full of world champion dancers, so it’s no surprise that Colombians can move. A visitor gets itchy feet just watching their Latin flair on the dancefloor. But even though plenty of Colombians have been dancing since birth, it’s not that difficult to catch up. Discover how to dance like a Colombian! Just learn the steps, feel the beat and set your hips in motion! 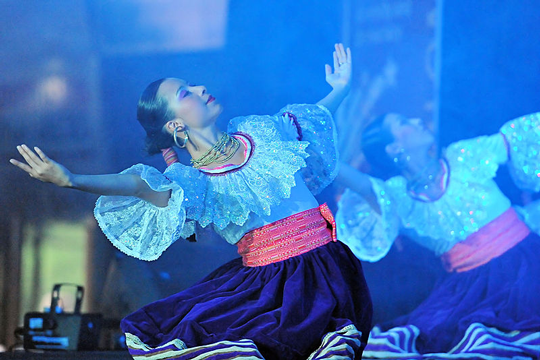 Salsa dancing may have begun in New York City but it would be nothing without its Latin roots – namely Colombia, Cuba and Puerto Rico – and each of its “homes” has  its own style. Colombian salsa is often called Cali-style because the city of Cali is the “World Capital of Salsa” (it’s played and danced everywhere). Colombian salsa is not easy, in fact, the intricacy and precision of its steps is one reason Colombian salseros win so many World Championships. But despite the quick steps and skips, the Colombian basic step (a form of “kick forward, step back”) is relatively easy to master and will ensure you survive the night at any Colombian salsa club. (You may also enjoy: Colombian artists to watch) 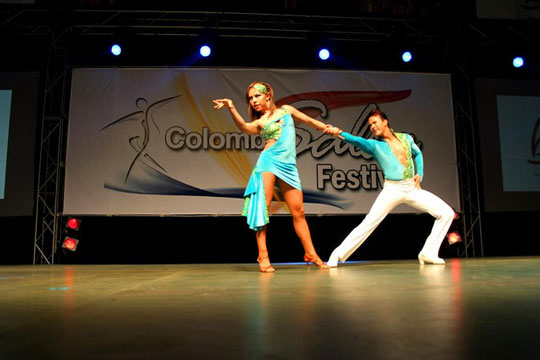 Cumbia is basically Colombia in dance form, with its blend of indigenous, African and European instruments and folklore. It was originally a courtship dance, with African slaves wearing long skirts to imitate their European owners, and it was chaste – men and women barely touched one another. Instead the women held burning candles (you can just hold one arm aloft) and waved their skirt with their other hand, dragging their feet to mimic being in shackles. Men used faster steps, moving around the women and holding their hat, or handkerchief, in one hand with the other behind their back. The idea was to entice the woman towards them. Still, if that sounds too hard, many couples now dance modern cumbia by facing one other then stepping back and away in tandem, extending their free arm as they do so. (You may also enjoy: Everything you need to know about cumbia) 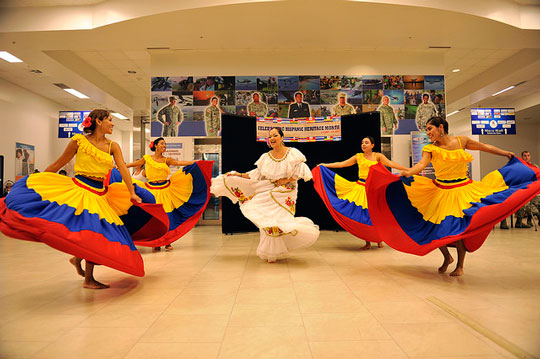 Merengue is a Dominican dance but Colombians are fond of stars so you’ll find it danced all over the country. The good news is, it’s fairly easy. The basic step involves a sort-of marching step with couples gently rotating (the trick is to bend your knees and move your hips as far to each side as possible). The leader holds the follower’s waist with his right hand and her hand with his left. Still, even that basic step can get out of control. Good merengue dancers are fond of all kind of twisting turns – all without letting go of each other’s hands – so you may see intricate handholds that end up like pretzels. 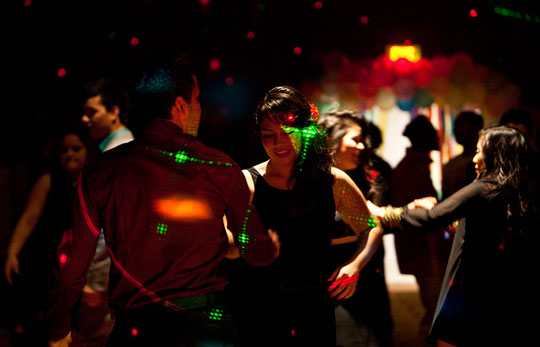 Joropo is the dance of Colombia’s eastern plains and the word itself comes from a Spanish word for party – although this music and dance has a strong African influence too. Originally joropo was played with the arpa llanera (harp) bandola (similar to a mandolin) cuatro (small guitar) and maracas – although many different instruments are used nowadays. The dance itself is like a waltz. Couples face each other and make small steps forwards and backwards, like sweeping the floor. Later the woman does the sweeping steps alone, while the man stomps. It’s more elegant than it sounds. (You may also enjoy: The sound of music: Traditional Colombian instruments) 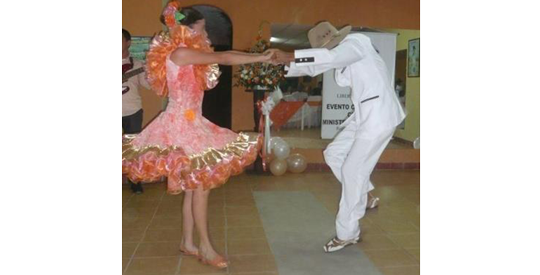 Determined to dance ’til dawn? The answer is Colombia. If you liked this article please feel free to share it on facebook, twitter, LinkedIn, Google+ or any of your social networks.

The Top 10 places to learn to dance in Colombia

All about Colombia: its magic ingredient to through Colombian lessons

Which Christmas light displays should you see in Colombia?