Colombia is a home-cooking country. Families are fond of preparing hearty meals, with fresh ingredients, to ensure everyone's belly is filled. Soups form a huge part of Colombian cuisine. They are eaten as breakfasts, starters or in huge pans for lunch or dinner and usually have rice and vegetables on the side that find their way into the soup bowl too.

Ajiaco is the capital’s dish. Bogota’s soup of choice is made with chicken and three types of potato – the small, yellow criollas, crumbly pastusas from the south of Colombia and the traditional sabaneras from Boyaca. Ajiaco’s key ingredient is a herb known as guascas. The soup is usually served with cream on top, rice and avocado on the side and a corn-on-the-cob, which is dipped into the bowl. 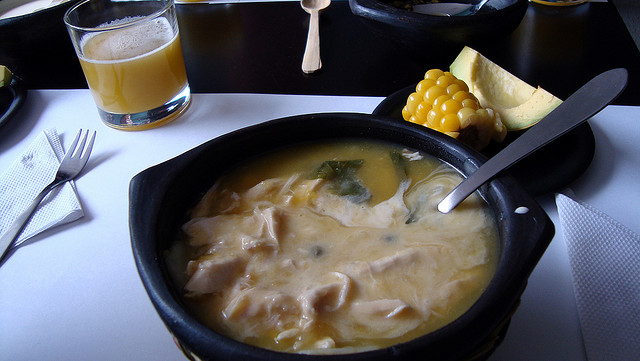 Caldo de costilla is Colombia’s famous hangover cure soup, served for breakfast or at the end of a long night. It is made from beef ribs boiled in water with potato, onion, cilantro and garlic. The soup is nicknamed levantamuertos (which means “death’s awaker”) Restaurants close to bars and nightclubs often stay open all night so they can serve caldo de costilla to customers on their way home. 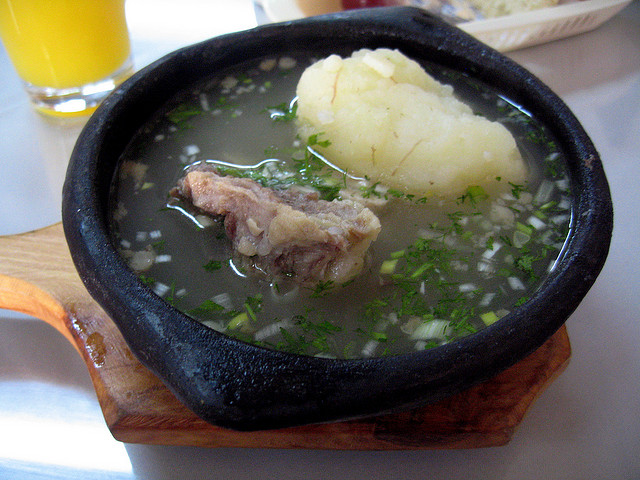 Sancocho soup is much loved on the Caribbean coast. It is almost a stew because it can have a base of chicken, pork or beef rib, oxtail or fish. Vegetables are then added including plantain, potato, cassava, corn-on-the-cob, tomato and cilantro. Sancocho is served with avocado and white rice on the side, both of which are dipped into the soup. It is often made in huge vats for family gatherings or celebrations. 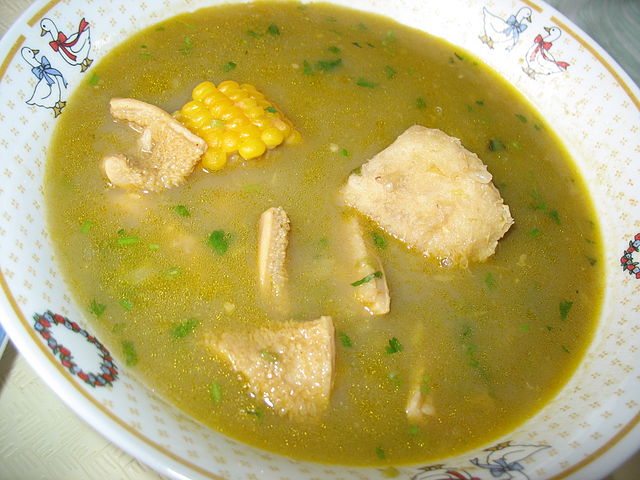 Mote de queso is another popular choice on the Caribbean coast and it’s the traditional soup of the city of Sincelejo in that region. Mote de queso is a thick and filling cheese soup, which is made with hard coastal cheese, yam, garlic, onion and lemon. Coconut milk is sometimes added to the mix too, which gives the soup even more of a coastal flavour. 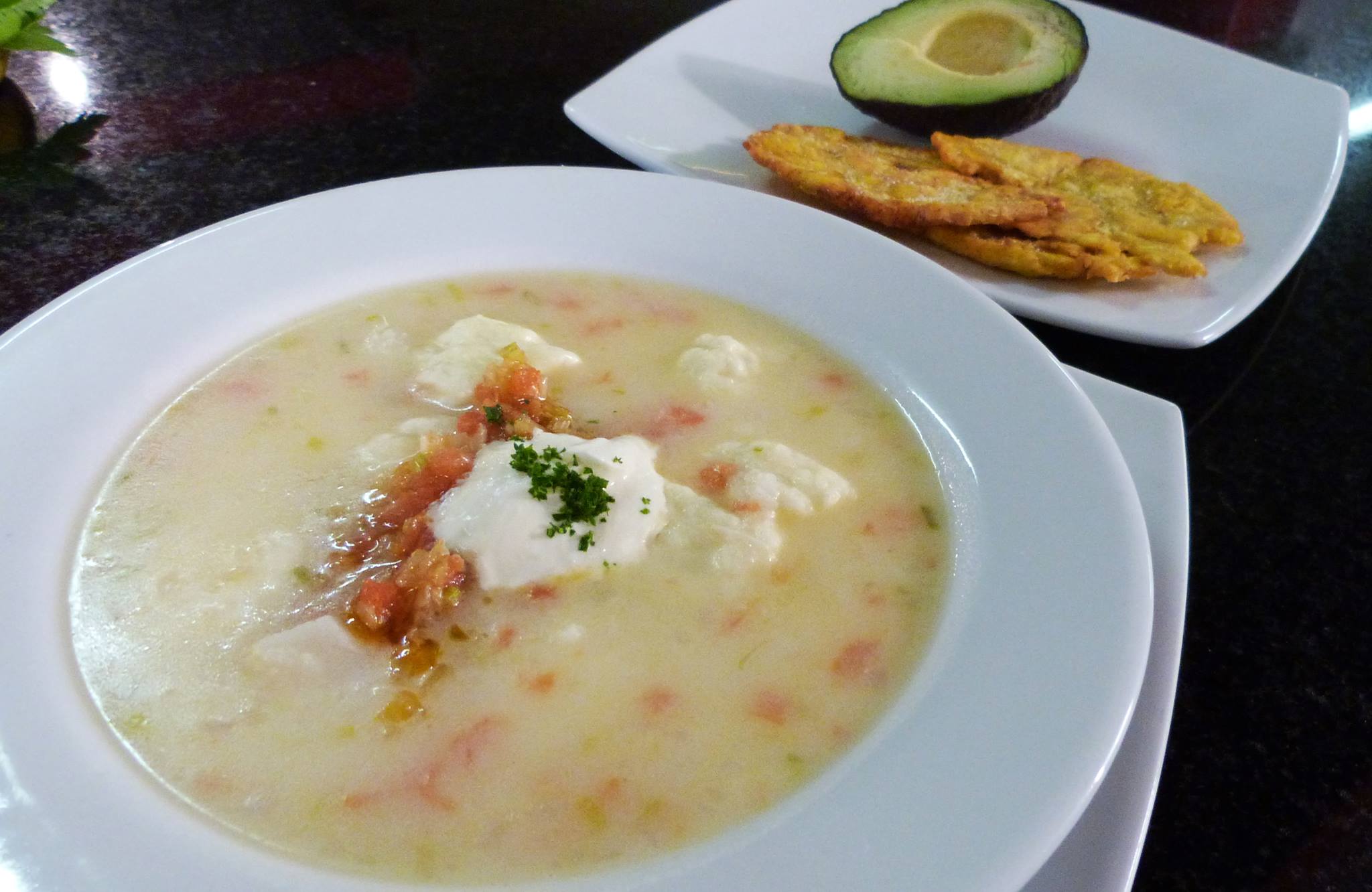 Changua is another popular breakfast soup, particularly beloved in Bogota and the city’s neighbouring Andean areas. Changua is made with equal parts egg and milk, but its real trick is a single egg cracked into each serving in the final minutes of cooking. The egg cooks on the soup’s surface with its yolk intact. Colombians often serve changua with fried spring onions, cilantro and stale bread (calado) which softens in the soup. 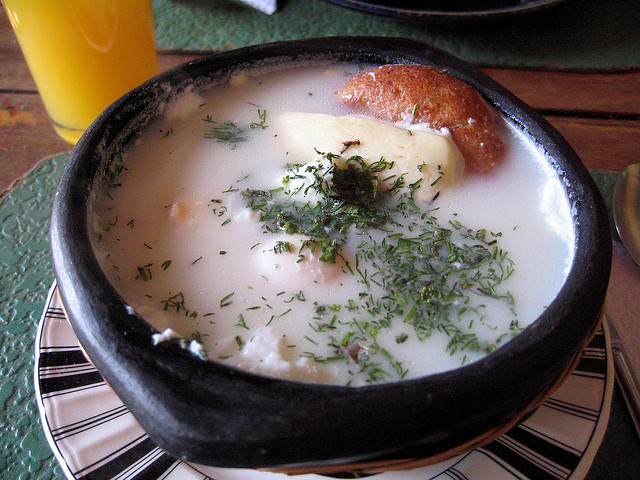 If you want to know more about Colombian food, please visit: