Colombia is a famously musical country, but with all that cumbia, vallenato, ranchera, salsa, merengue and pop, you might be […]

Colombia is a famously musical country, but with all that cumbia, vallenato, ranchera, salsa, merengue and pop, you might be forgiven for thinking classical music is somewhat neglected. That’s not the case. Orchestras and opera may have been considered too exclusive in the past, but nowadays attendance to classical concerts its on the rise. Check theater and auditorium websites for the latest events:

It’s hard to imagine a more elegant setting for classical music than Cartagena. Every January this costal caribbean city, throws its doors open for the artists around the world as part of the Classic Music Festival, which sees more than 40 concerts in the space of a week. The venues are as diverse as the artists who visit – La Popa hill, the Adolfo Mejia theater and Getsemani auditorium join churches, plazas and theaters across the city to host performances. Adolfo Mejia has concerts year-round too.

The nation’s capital is proud of its dedication to the arts and offers plenty of opportunities to enjoy classical music. Every two years it hosts a classical music festival and venues across Bogota host concerts almost every week. Theaters such as the Teatro Mayor Julio Santo Domingo and Jorge Eliecer Gaitan seat 1,320 and 1,745 respectively and have excellent acoustics. The romantic, newly refurbished Teatro Colon, Colombia’s national theater, built in 1885, is also very popular. The Bogota Philharmonic and the National Symphony Orchestra are two of the city’s biggest orchestras.

Medellin has more music students than any city in Colombia and is finding even more ways to bring their talents to the public sphere, alongside some of the finest performers in the world. The city’s Teatro Metropolitano has run an annual international classical music festival for more than a decade now and Medellin’s Philharmonic Academy Orchestra enjoys both a strong following and regular interest from those new to the genre. 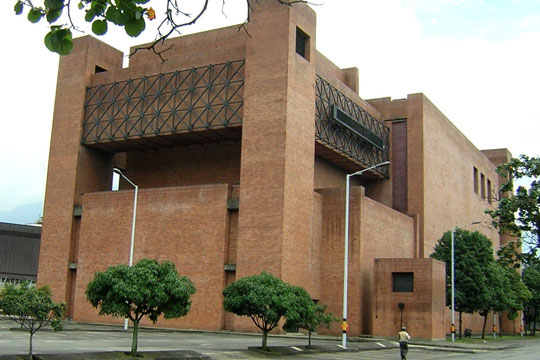 Cali may be Colombia’s salsa city, but it’s proud of its classical musicians too, including caleño violinist Carlos Villa, who was just 12-years-old when he first performed as a soloist with the Philadelphia Philharmonic Orchestra. He has since performed all over the world and accompanied the Valle Symphonic Orchestra in a concert to celebrate the re-opening of the Jorge Isaacs theater. This beautiful theater seats 1,189 people and hosts a variety of events, including ballet, opera and classical music.

Want to see the world’s finest classical musicians on your doorstep? The answer is Colombia. If you liked this article please feel free to share it on Facebook, Twitter, LinkedIn, Google+ or any of your social networks.