Mompox, Playa de Belén, Ciénaga, Buga and Guaduas are five of the 14 villages that make up the Tourist Network of Colombian Heritage Towns, and are emblems of cultural tourism.

History, nature, culture and tradition are among the characteristics of Colombia’s heritage towns. These municipalities have supported sustainable development and enlisted the community’s participation in the work of preserving the country’s values—both tangible and intangible.

Here are five Colombian tourist destinations that prove: when it comes to tourism and tradition, Colombia is the land of Sabrosura. 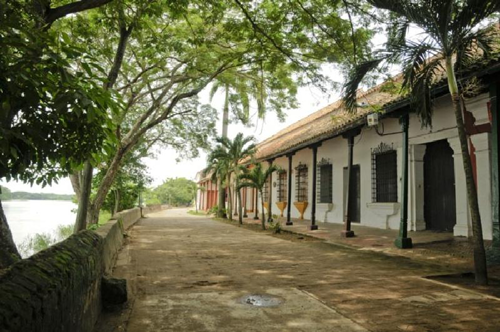 “You don’t pass through Mompox, you arrive to Mompox,” say the inhabitants of this city, declared a Historical and Cultural Heritage Site by UNESCO in 1995. Once an important hub for traffic flowing on the Magdalena River between the port of Cartagena and the country’s interior, Mompox is now a neocolonial treasure with streets, architecture and customs still intact from 1537, the year the town was founded.

If you visit Mompox, don’t miss the Pozuelo swamp—a shelter for migratory birds and fishermen seeking their livelihood. 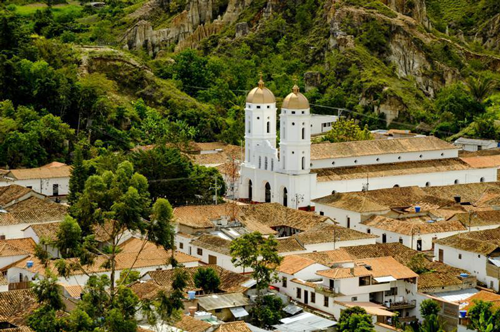 In Playa de Belén, North Santander, you will find one of the natural jewels of Colombia: The four-million-year-old Parque Nacional Los Estoraques (Estoraques National Park). In addition to the park, the town of Playa de Belén is known for its peace and tranquility and traditional white houses.

If you are headed to Playa de Belén, don’t miss the Temple of San José and the Santa Cruz lookout, a visual prelude to the Los Estoraques Park.

The municipality Guadalajara de Buga, located in the center of the Valle del Cauca, is known for the Basilica of the Lord of Miracles (Basílica del Señor de los Milagros), where more than 2 million Catholic pilgrims arrive annually. Its colonial and republican architecture make it one of the country’s most prized patrimonies.

From January 17 to 20, people in the town of Magdalena dress up as alligators and dance, paying tribute to the time-honored legends and flora and fauna of this canoeing and fishing town. The local alligator festival has become the prelude to the well-known Carnaval de Barranquilla.

Ciénaga, part of the Network of Heritage Towns since 2012, is a town with people whose musical and artistic history is a reflection of the cultural richness of the Colombian coast.

Do not miss the Camellón of Miramar tour, El Templete (The Temple), El Palacio Azul (the Blue Palace), Iglesia San Juan Bautista (the San Juan Bautista Church) and the Palacio Republicano (Republican Palace), where you will admire the town’s architectural and cultural diversity.

Located 126 km from Bogotá, Villa de Guaduas is the birthplace of Colombian Independence hero Policarpa Salvarrieta. This town, declared a national monument, holds some of the most important stories of Colombian independence, and has thus become a destination for history lovers.

If you visit Guaduas, check out the view on Piedra Capira, a hill which overlooks the Magdalena Valley, the snowy Ruiz mountains, Tolima and Santa Isabel.

Steps to Follow When Visiting Colombia for Health Procedures