Colombia is a country of diverse musical influences. Even though traditional Colombian rhythms are much loved, and much celebrated, there […]

Colombia is a country of diverse musical influences. Even though traditional Colombian rhythms are much loved, and much celebrated, there are plenty of artists keen to fuse the sounds of yesterday with those of tomorrow. Here are the Colombian bands and singers changing the sound of a nation and taking it to the world:

Bomba Estereo are all about fusion, mixing some of the country’s best-known beats, including cumbia and champeta with international music like electronica, reggae and rap. The band formed in Bogota in 2005 and have since released four studio albums and an EP, with Fuego, Que Bonito and Pure Love among their biggest hits. The five-piece were nominated for a Latin Grammy for Elegancia Tropical in 2013 and Song and Record of the Year for Fiesta at this year’s awards, at which they took to the stage with Hollywood megastar Will Smith.  Bomba Estereo were influenced by Colombian groups in the 1990s, who first mixed rhythms like salsa and cumbia with electronic beats and dance music. 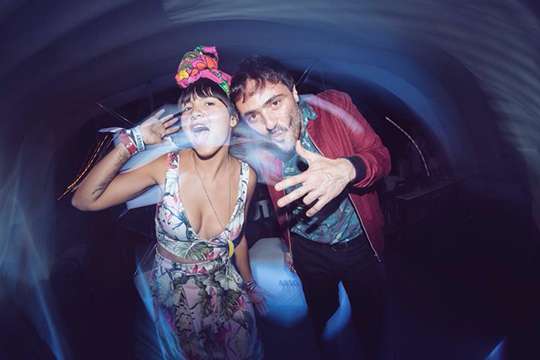 Systema Solar is a colorful Colombian band, formed in 2006 by Colombians and international artists who wanted to bring Colombian sounds to the world. The band has a strong Afro-Colombian influence and combines dance, hip hop and breakbeat with rhythms including cumbia, champeta, bullerengue (an African sound originating with slaves on the Caribbean coast) and porro, which has indigenous origins. The band’s biggest hits include ¿Quién es el patrón? and Mi Kolombia and they like to focus on serious issues. 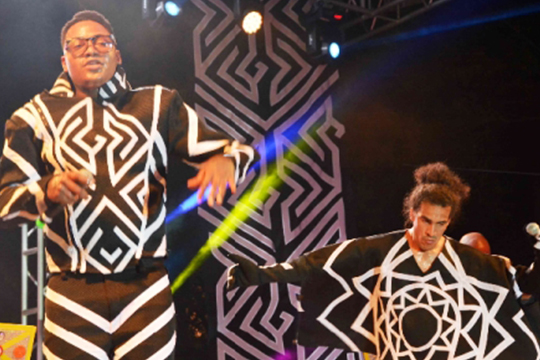 Humberto Pernett, who grew up in both Barranquilla and Bogota, is another Colombian artist determined to infuse traditional beats with a modern sound, mixing the rhythms of the Caribbean with electronic music. He was a member of world music stars Sidestepper, touring with them in the United States, Mexico and Europe, before deciding to go solo. Pernett has since released five albums, including Musica Pa’ Pick Up with the hit Caribbean Raver. He has a passion for percussion and has collaborated with artists from bands including Calle 13, Son Palenque, Malalma and ChocQuibTown.

Singer Maria Mulata was born high in the Andes, a few miles from the Magdalena River, where she was raised on bambuco, cumbia, porro and vallenato. She completed that magical musical mix by graduating from Bogota’s Javeriana University with a degree in music and opera singing before she began to study the African influence on Colombian sounds. Maria has recorded four critically-acclaimed albums, including Los Vestidos de la Cumbia and De Cantos y Vuelos and toured Europe, Asia, Africa and America, singing in Spanish, Palenque, creole from San Andres and various indigenous languages. 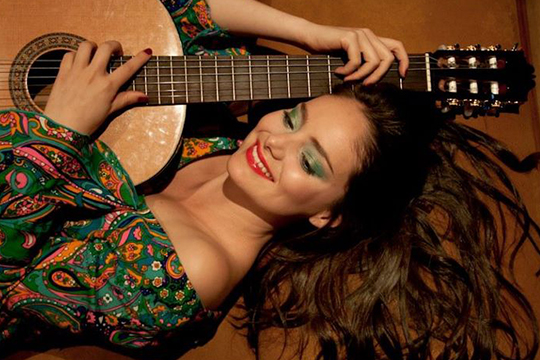 Energetic and original, Palenke Soultribe (also known as PST) are a live electronic music collective who blend Afro-Colombian rhythms with electronic music. PST have released three albums, including Oro in 2009, which was reviewed by Billboard Magazine and nominated for an Independent Music Award. The group, who invite guest producers, singers, songwriters and musicians to perform and work with them, are now based in Los Angeles but returned to Bogota to film the video for their single Te Veo, which became one of the most-watched videos on MTV3.