Colombia-
Paramo is one of the world’s most important eco-systems, nestled in mountains between the treeline and glaciers and one of […]

Paramo is one of the world’s most important eco-systems, nestled in mountains between the treeline and glaciers and one of the fastest evolving eco-systems on Earth. Colombia is one of only three countries in the world to be home to paramo and more than 60% of these moorlands are found on its soil. The paramo’s star plant is the frailejon, famed for capturing water from low-hanging clouds and releasing it back into the soil, ensuring cities like Bogota have a continuous water supply. Hikers keen to explore Colombia’s paramo must be equipped for variable weather and should seek an experienced guide.

The Sumapaz paramo is the world’s largest paramo and makes for an incredible day trip from Bogota. This moorland (Utterly Peaceful Moorland in English) is a major source of water, with lakes formed by a retreating glaciers and plenty of wildlife, including deer, tapir and coati, a type of raccoon. Golden eagles soar above this paramo too, but most visitors come to see the sea of yellow frailejones, some up to 12m tall and sphagnum moss, which helps the soil hold onto water. The indigenous Muisca people considered Sumapaz sacred and the invading Spaniards named it Pais de Niebla (Fog Country) for its dense, low-hanging clouds. It’s best to take an organized trip, with a guide, because the paramo has harsh climatic conditions that change very quickly. 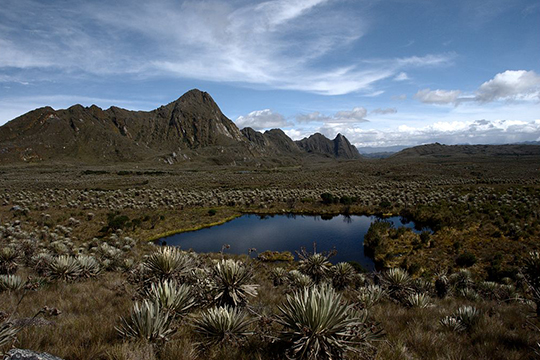 Chingaza National Park, near Bogota, is one of Colombia’s most important national parks with almost 8,000 hectares of flora and fauna including deers, condors, eagles, spectacled bears, monkeys and jaguars.  The park is said to provide around 80% of the capital’s water supply and is heavily protected. Independent visitors are asked to apply for entry permits from the National Parks office (Cra 10#20–30, Bogota, www.parquesnacionales.gov.co) or take an organized tour. Hiking trails stretch from two hours to six, with local guides accompanying visitors on longer hikes. Besides the animals, Chingaza is home to almost 400 plant species and is one of Colombia’s most popular bird-watching sites. 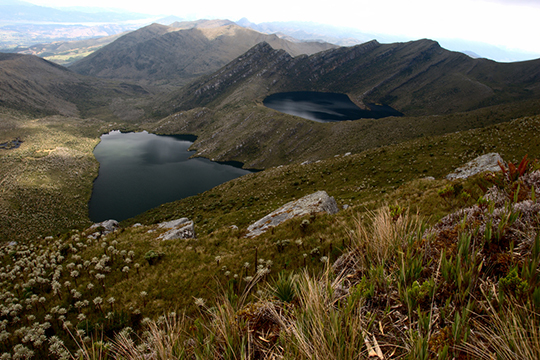 Boyaca’s Oceta is nicknamed “Colombia’s most beautiful paramo” and is probably the country’s best-preserved moorland, as well as being a three-hour walk from Mongui, one of the department’s prettiest towns. Most hikers begin their trip there, usually with a local guide. Besides the frogs, rabbits, eagles, condors and white-tailed deer in Oceta, the eco-system is full of frailejones, mosses and lichens as well as “The City of Stones” where falling, moss-covered rocks have formed the streets of a mini-city. Hikers who stay in Mongui, a four-and-a-half hour bus ride from Bogota, also visit Our Lady of Mongui Basilica and check out the town’s handicrafts. 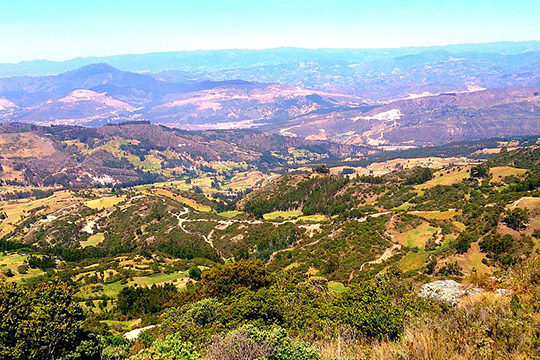 (You may also read: The Lost World’s: Colombia’s ancient plants)

Iguaque, also in Boyaca, is another sacred paramo, believed by the ancient Muisca people to be the origin of all mankind. Most hikers head to Iguaque lagoon, around a four-hour return hike from the town of Villa de Leyva. The waters of the lagoon, surrounded by yellow frailejones, mark the spot where the Muisca people believe their goddess Bachue emerged to populate the human race, before disappearing into the lake in the form of a snake. Iguaque’s visitors’ center offers accommodation for up to 48 people, plus camping. Villa de Leyva is around a three-hour bus journey from Bogota. 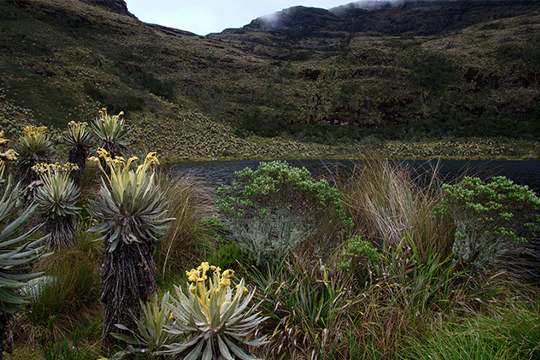 Puracé National Park lives up to the paramo’s “water source” reputation by giving birth to four Colombian rivers (the Magdalena, Cauca, Japurá and Patía) and is also the site of one of the country’s most volatile volcanoes, the Puracé. The park surrounds its hikers with more than 200 orchid species and rare trees including the Colombian Pine, Andean Oak and Wax Palm, as well as spectacled bears, cougars, howler monkeys, capuchins, mountain tapir, Andean condors and pudu, the world’s smallest deer. Most visitors take a day trip from the city of Popayan (around two hours from Cali, six hours from Pasto or 10 hours from Bogota by bus) and visit the hot springs and sulphur baths too. 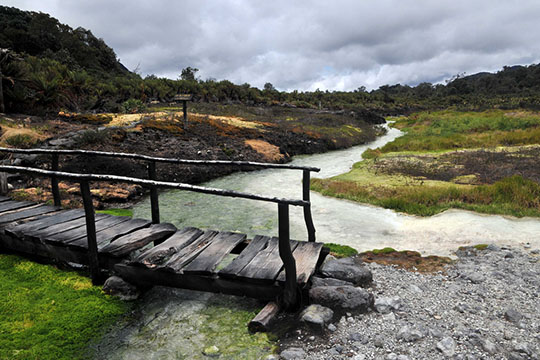 Rare plants, animals and birds in the planet’s most important eco-system? Live this experience in Colombia. If you liked this article please feel free to share it on Facebook, Twitter, LinkedIn, Google+ or any of your social networks.

The richness of colombian fauna in figures