Colombia-
Colombia is home to almost two hundred Andean condors and efforts are continuing to boost their population. Three pairs from a breeding program were recently introduced to Colombia and are thriving in their new home. Here are some fascinating facts about the country’s national bird and other creatures that represent the nation:

Condor of the Andes

1. Condors are one of the world’s largest flying birds and have the largest wings of all, with a wingspan of up to three meters (10 feet).

2. Because condors are so heavy, weighing up to 15kg or 30 pounds, they prefer windy areas where they can glide on strong air currents. That’s why they are so fond of the Andes, as well as breezy coastlines.

3. Andean condors are almost all black, except for white collar markings on the males and occasional white speckles on their wings. They are always bald.

4. A mating pair of condors produces just one offspring every two years and needs a full year to care for the baby.

5. Condors feed on large animal carcasses and, on the coast, the remains of large fish. They also raid birds’ nests for eggs and, sometimes, hatchlings. 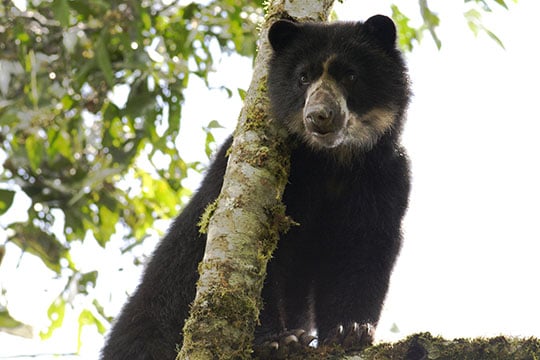 1. The spectacled bear is South America’s only bear and has been spotted in forests across Colombia.

3. The bears are named for the white rings around their eyes, which stand out in their black and brown fur. Each bear’s face, neck and chest markings are unique.

4. Spectacled bears are intensely shy and will climb as high as 4,300m (14,000 feet) in search of lush, isolated cloud forest. They are great tree climbers too. 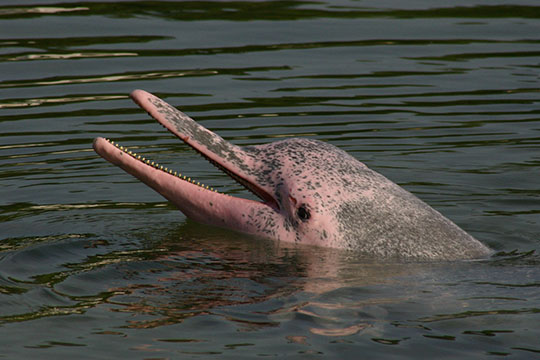 1. Pink dolphins are one of just five dolphin species that live in rivers. They are also known as Amazon River dolphins, boto or boutu.

2. Among the five species of river dolphin, pink dolphins are considered the most intelligent and have a brain capacity 40% larger than that of humans.

3. Pink dolphins, which have also been spotted in the Orinoco basin, are the largest population of river dolphins in existence.

4. Although they are mostly pink, they can also be light grey or brown. Pink dolphins are thought to get pinker when excited or surprised, a bit like blushing.

5. Pink dolphins are known for being extremely friendly and stories abound among Amazon tribes of them pushing struggling humans to shore. 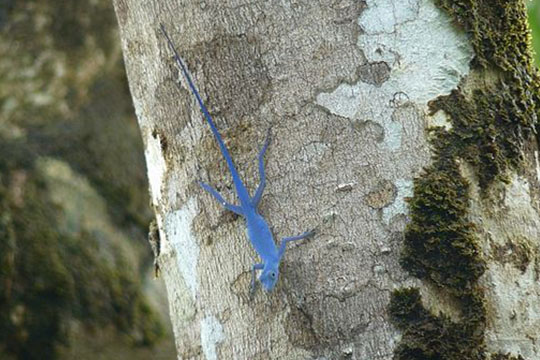 1. The tiny anolis gorgonae (blue anole) is the world’s only pure blue lizard.

2. The best way to tell the sexes apart is to look for the white dewlap (a pouch of skin hanging from the jaw) which is only present on males.

3. Blue anoles are endemic to the sub-tropical rainforests of Gorgona island, around 35km (22 miles) from shore in the Colombian Pacific.

4. Because Gorgona is so isolated and the blue anole so elusive, naturalists have yet to ascertain how many are left in the wild. 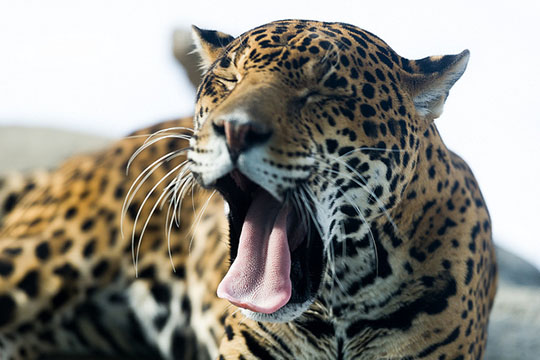 1. Jaguars are South America’s largest cat. They have been spotted in El Tuparro National Park in Vichada, Munchique National Park in Cauca, Serrania de la Macarena in Meta and the Sierra Nevada de Santa Marta, among others.

2. jaguars are great swimmers and prey on fish, turtles and caiman as well as deer, capybaras and tapir.

3. Jaguars live alone. Females have up to four cubs, which are blind and helpless at birth. They live with their mother for two years to learn to hunt.

4. Their name comes from the Native American yaguar, which means “he who kills with one leap”. Jaguars kill their prey with one powerful bite.

5. Jaguars are big. They can grow up to two meters (six feet) long with a meter-long tail.

Do you want to see fascinating birds and animals in their natural habitat? Visit Colombia. If you liked this article please feel free to share it on Facebook, twitter, LinkedIn, Google+ or any of your social networks so we can continue to bring Colombian wonders to the world.